Quds Press reported Abu Halabiyeh stated that the Israeli occupation authorities are planning to complete their control over Al-Aqsa Mosque and make Jerusalem a Jewish city.

He pointed out that the Israeli occupation authorities are targeting the eastern area of Al-Aqsa Mosque to build synagogues and perform their rituals. They maintain a path to the area starting from the Muslim holy site’s Mughrabi Gate.

“Jews consider the eastern area, including Al-Rahma prayer area and the Dome of the Rock as their qibla,” the MP said, noting that controlling this area is considered an introduction to “dominating all of the areas of the mosque ahead building their so-called temple.”

According to the MP, preventing Muslim worshippers from reaching Al-Buraq Wall, the Western Wall of Al-Aqsa Mosque aims to tighten the Jewish control over Al-Aqsa Mosque.

He stressed that these Israeli measures “are dangerous” and called for Arabs and Muslims to stand up and protect “the third holy place” in Islam.

Meanwhile, the Palestinian Authority (PA) warned that the Israeli occupation is targeting the Old City of Jerusalem and working to rid the area of its Palestinian residents.

It warned against ending the Jordanian guardianship over the holy sites in Jerusalem, noting that this would facilitate Israeli control over the city. 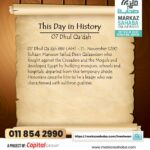 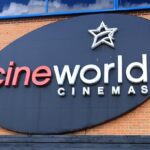