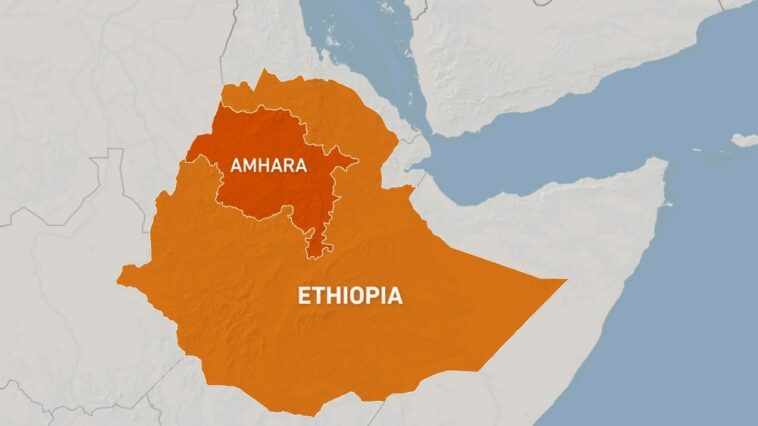 According to Anadolu Agency, an eye witness told them that at least 40 Muslims were killed, a mosque was torched and several businesses run by Muslims were destroyed.

The deadly attack against Muslims in Gondar of the Amhara regional state took place Tuesday and the incident sent shockwaves across the Horn of Africa nation.

The Islamic Affairs Council of Amhara condemning the attack, said attack at a cemetery during the funeral of a Muslim elder on Tuesday as a “massacre” by heavily-armed “extremist Christians.”

The attackers “fired a barrage of heavy machine guns and grenades… leaving many dead while others who were injured have been taken to hospital,” the Council said.

“More than 20 have died due to yesterday’s attack which also saw the looting of Muslim properties,” it added.

“The incident happened yesterday when Muslims were on their way to bury an individual,” Seid Muhammed, president of the Amhara Islamic Affairs Supreme Council, told Reuters on Wednesday.

“There were lootings of shops and there were attempts to set fire to three mosques. One mosque suffered minor damage where its mat was set on fire,” he said.

The mayor of Gondar, Zewdu Malede, told Ethiopian public broadcaster EBC that the “incident was carried out by a few extremist individuals”.

“There has been some destruction and loss of lives from all sides,” he said, without offering further details about the identity of the attackers or the victims.

The cemetery where the attack occurred has been the subject of an ongoing dispute between Muslims and Orthodox Christians, who account for the majority of Ethiopia’s population.

“Although ongoing wide-ranging measures have been taken to invade the… cemetery, the place has been historically at all times a Muslim cemetery,” the Islamic Affairs Council said in its statement.

According to reports coming from the city, scuffle for a right of way at a cemetery snowballed and turned ugly in which tens of Muslims were killed and a considerable amount of property damaged.

The government is yet to confirm the casualties in and the extent of property damage.

According to Anadolu Agency, the Ethiopian Islamic Affairs Supreme Council on Thursday urged the government to probe attacks against Muslims in the northern city of Gondar, and immediately bring perpetrators to the court of law.

The call for an immediate investigation into the deadly attacks came in a news conference by Hajji Mufti Omer Idriss, President of the Ethiopian Islamic body, amid uproar by Muslims and Christians alike, taking it to social media calling for justice for the slain people.

“There are people who clandestinely instigate brothers to kill each other while openly preaching peace,” Idriss said.

He added: “No religion preaches killing and it is now incumbent on religious fathers to preach unity.”

Idriss called on both Muslims and Christians to join hands to expose the destructive deeds of criminals.

Ethiopia is a multi-religious nation of 110 million people, with Muslims estimated to constitute 35% of the population.

The country prides itself on granting safe haven for the companions of Prophet Muhammad during the 7th century and ever since religion in the Ethiopian society cuts across ethnic divides.

Over the past few decades, though, there have been a number of religiously motivated attacks across Ethiopia, threatening religious co-existence. 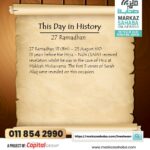 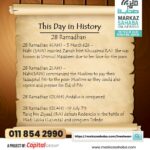