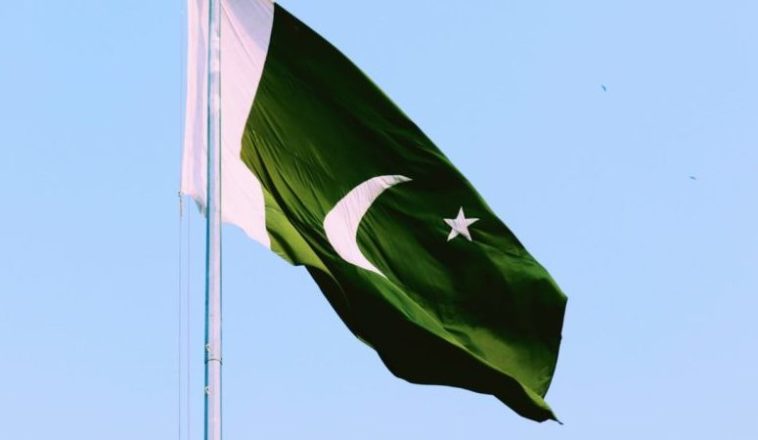 Prime Minister Imran Khan’s decision to dissolve the Pakistani parliament to head off a vote of no-confidence has been greeted by global shock and bemusement.

That bemusement is misplaced. I’ve covered Pakistani politics over two decades. As a long-term student (and admirer) of the country, I can state with confidence that the real shock is not that Pakistan has been struck by political crisis; it’s that it has taken so long.

Few democratically elected leaders of Pakistan last long. Indeed, not one of Khan’s predecessors has survived a full term since the country’s founding 75 years ago.

And Khan is no ordinary prime minister. Showing exceptional courage, he challenged vested interests. He tried to root out corruption. He forged a new, independent foreign policy. To his immense credit, he even jeopardised his rule by refusing point-blank to be a pawn of the US. Above all, Khan broke the mould of the stinking, corrupt and rotten two-party system that dominated Pakistan’s democratic politics for decades.

That has meant making enemies – plenty of them. Some are internal and others external. And now, they have come for him.

But before analysing the current standoff, it’s important to grasp that Khan has been vulnerable to attack ever since the party he founded, Pakistan Tehreek-i-Insaf (PTI, translated as Movement for Justice), secured power in 2018. PTI did not win the majority that Khan had yearned for, meaning that from the start, he was obliged to cobble together a coalition government.

In recent months, that precarious coalition has crumbled, as fair-weather supporters have succumbed to the entreaties of enemies – and, according to some reports, bribery or the covert encouragement of US diplomats.

Khan has many strengths as a politician, but in the context of Pakistani politics, one abiding weakness. True to his own nature and the precepts of his deep Islamic faith, he is not corrupt. This quality is not simply unusual in Pakistani politics; it’s a crippling drawback.

Khan’s honesty makes him fundamentally unsuited to the debased methods that are second nature to many successful Pakistani politicians. Last weekend, when Khan’s enemies thought they were about to destroy him, the embattled prime minister simply dissolved parliament, paving the way for elections. This decision has left Khan’s opponents in the Pakistan Muslim League (Nawaz) and the Pakistan Peoples Party (PPP) clutching their pearls in horror.

How outrageous, they are in effect now saying, that the future of Pakistan should be decided by the democratic will of the people, rather than sordid deals struck in darkened rooms. I have been racking my brain to think of a precedent, not just in Pakistan but any country, for Khan’s decision to go to the country at a time of deep crisis. I’ve failed.

In Britain, my own country, how much better would it have been if, back in 1990 (when Khan was still captain of the Pakistani cricket team), Tory party plotters had chosen an election, rather than conspiring in smoke-filled rooms behind closed doors to destroy Margaret Thatcher, one of the greatest prime ministers in British history.

It would have been the right thing to do, and so much more democratic. That’s, of course, why the plotters didn’t want an election. They secretly feared that Thatcher was more popular than them, and I dare say they were right.

I have seen neither Bilawal Bhutto Zardari nor Shehbaz Sharif, the leaders of the two main opposition parties aiming to force Khan out, attempt to explain what’s wrong with a popular vote. Both men know that Khan will fight on his record – and that it’s stronger than they admit.

Sharif especially knows that Khan inherited an economic mess when he took office four years ago – the legacy of egregious mismanagement by his own party, the Pakistan Muslim League. A highly intelligent and gifted man, Sharif must be agonisingly aware in private that his party was the architect of the massive debt and gross economic incompetence that Khan has struggled to confront since taking office.

The new leader inherited a virtually empty Treasury, a broken tax system and barely two months’ worth of foreign exchange reserves. To deal with Pakistan’s external debts, the Khan government hiked up the prices of power and fuel, bearing most heavily on the poor. Popular anger was inevitable, and Khan has certainly not solved all the country’s problems.

But he has done reasonably well given the need to deal (alongside every other world leader) with the Covid-19 pandemic. It is especially invidious, as his opponents have done, to blame Khan for the raging inflation that is a feature of the general global economy, and not only of Pakistan’s.

Yet, amid these difficulties, Khan has brought optimism and confidence to his high office. He has a more commanding presence on the international stage than any Pakistani leader since Zulfikar Ali Bhutto, the brilliant and charismatic founder of the PPP (and grandfather of Khan’s current opponent, PPP chief Zardari).

Like Ali Bhutto, Khan has worked to shape Pakistan as an independent nation. Ali Bhutto turned Pakistan away from the craven dependence on the US that characterised the long dictatorship of Mohammad Ayub Khan. Imran Khan has sought to do the same, building alliances with China and Russia, while also reaching out to Muslim states such as Iran, Malaysia and Turkey. Even supporters must acknowledge this policy has enjoyed only mixed success.

Pakistan’s economic predicament has left it dependent on its creditors, especially Saudi Arabia and China, two regimes with ruling principles far different from its own. This dependence is the main reason why Khan has not spoken out publicly against Chinese maltreatment of Uyghur Muslims in Xinjiang. Khan has also been silent on the ongoing tragedy in Yemen, where hundreds of thousands of people have died as a direct or indirect result of the Saudi-led war.

The fact that Saudi Crown Prince Mohammed bin Salman (MBS) is for all intents and purposes Khan’s bank manager restrains him from speaking out – and not just over Yemen. When Khan wanted to join Malaysia and Turkey in an Islamic alliance, MBS intervened.

It is also important to note that Khan has disappointed onetime supporters who saw him as a fierce defender of human rights. They now accuse him of sanctioning attacks on journalists and the free press, allowing himself to become a willing tool of the Pakistani military.

Nevertheless, Khan has shown statesmanship over Kashmir, where his efforts to make peace have been thwarted by Indian Prime Minister Narendra Modi.

Khan has also struck an independent line over Afghanistan. Since the fall of Kabul last August, there has been tension with Washington about US overflights of Pakistan. More importantly, Khan and the US have been at odds over Afghan state assets frozen by Washington, at a time when the funds are desperately needed to relieve starvation and poverty in Afghanistan.

Crucially, as with Ali Bhutto, this independence has infuriated Washington, which since its military defeat in Afghanistan has an even greater need for Pakistan to resume its traditional role as a US client state.

From my perspective here in London, I have no idea whether Khan’s claims that the US has been working to undermine him are true. But anyone with more than a passing familiarity with Pakistani history knows they are not, to put it mildly, absurd.

The US has treated Pakistan like a vassal state since its independence in 1947. The CIA engineered the coup that brought to an end to 11 years of civilian rule in 1958, and installed Pakistan’s first military dictator in the shape of the brutal Ayub Khan. With indecent alacrity, former President Dwight Eisenhower signalled US approval of the dictatorial regime by visiting Pakistan not long afterwards.

It is telling that only five US presidents have ever visited Pakistan – Eisenhower, Lyndon Johnson, Richard Nixon, Bill Clinton and George W Bush – and never during periods of civilian rule. US aid to Pakistan always skyrockets during military dictatorships, making a mockery of US claims to support democratic institutions.

As for President Joe Biden, Imran Khan told David Hearst and me, when we interviewed him for Middle East Eye last autumn, that the US leader had never so much as rung him up. Incredible, given the crisis in Afghanistan – and punishment, beyond doubt, for not taking the US line.

Do not forget that Khan first made his reputation as a highly principled critic of the US role in Pakistan, and in particular, his country’s acquiescence to American drone strikes against suspected Taliban leaders.

It is also highly relevant that Khan’s foreign minister, Shah Mahmood Qureshi, is equally as principled, displaying this a decade earlier when serving as foreign minister in the government of Asif Ali Zardari, father of the current PPP leader.

In 2011, then-CIA contractor Raymond Davis shot two Pakistanis in the back in the streets of Lahore, and then claimed diplomatic immunity. Rather than ensuring he faced justice, Zardari shamefully allowed the US to smuggle Davis out of the country. I was in Pakistan at the time and vividly remember the national sense of shame, and even moral horror, at Zardari’s craven supplication to US criminality.

Khan’s critics, both in Pakistan and overseas, have made light of his claims that the US could be responsible for his current political troubles. This attitude reflects either naivety, ignorance or disingenuousness. While the facts are still obscure and may never be fully known, history shows that Khan is entirely reasonable in fearing US interference in the country he governs.

Thirty years ago, Khan famously told his Pakistani cricket team that they needed to fight like “cornered tigers” when all appeared lost in the 1992 Cricket World Cup.

The task that faces Khan is yet more awesome today – but don’t write him off just yet. He overcame immense odds to win that World Cup.

I believe he deserves the chance to finish the task he began three and a half years ago, when he won the 2018 election. Or at the very least, to defend his record in a fresh set of elections. 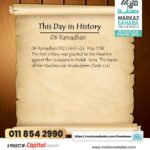