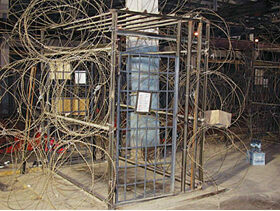 In the Land of the Free, there is an ‘anomaly,’ a political prisoner – a Pakistani national Dr Aafia Siddiqui. She was kidnapped from the streets of Karachi with her children and sold to the USA in 2003. Dr Siddiqui was subject to rendition to Bagram, Afghanistan, where – her sister alleges – she was tortured and raped. Dr Siddiqui turned fifty on 02 March this year. The detention of Dr Siddiqui is a political issue which needs a political solution, but Pakistan has not played its role in proactively solving this issue. Pakistan lost the opportunity to bring Dr Aafia Siddiqui home when it could have traded her for the US double murderer Raymond Davis who had been apprehended in Pakistan. But instead, Pakistan simply returned Davis to the USA. This month, by way of contrast, the UK secured the release of two British Iranians who were held by Tehran. The British traded up an old debt owed to the Iranian Government – funds amounting to just over $500 million – and the release of one Iranian prisoner from Britain.

Pakistan’s government, therefore, needs to explore more vigorously the possibilities to free Dr Aafia Siddiqui from the clutches of the USA.

When Dr Aafia Siddiqui was being abducted from Karachi in 2003, her baby son Suleiman was dropped on the ground headfirst, which led to his death. Dr Aafia Siddiqui’s older son and daughter are now adults living in Karachi who have been deprived of the love of their mother.

Siddiqui is widely believed to be prisoner 650 dubbed the “Grey Lady” of Bagram, where she is believed to have been incarcerated from 2003-2008. The US position is that Dr Siddiqui was detained in 2008 at Ghazni, Afghanistan. Dr Siddiqui was detained by Afghan police in Ghazni, who described her as being someone who was fearful of the US troops and did not want the US to take custody of her. When US troops came to pick up Dr Siddiqui from the Afghan police, it was alleged by the US that she tried to snatch an M-16 rifle and shoot them. It is claimed that one of the US soldiers had left a rifle unattended against a wall inside the police station room where Dr Siddiqui was held. The US further alleges that Dr Siddiqui attempted to attack the US troops who had come to take custody of her from Afghan police, by opening fire at them with the M-16 rifle.

The idea that the slightly built Pakistani woman would attempt to assault numerous armed US troops is farcical. Equally so is the idea that US troops would simply leave an M-16 unattended against a wall. This is because professional soldiers are trained to keep their weapons on their person at all times. Further, there is no forensic evidence linking Siddiqui to the M-16 that she is alleged to have attempted to shoot from. For example, there was no fingerprint evidence or gunpowder residue on Dr Siddiqui’s hands. Perversely though, Dr Siddiqui was shot and seriously injured by the US troops in the Ghazni police station. Moreover, it was Siddiqui who was sentenced to 86 years in prison by a US court for “attempted murder.”

The trial of Siddiqui was no different from a show trial: all it considered was the incident at the police station. The judge refused to consider what had happened to Siddiqui from 2003 to 2008, or how she happened to arrive at the Ghazni police station. Therefore, the sole question for consideration before the jury was whether Dr Siddiqui opened fire on US troops at the police station in Ghazni. Dr Siddiqui has endured 19 years in prison and it is high time that she is freed. Americans including the former US Attorney General Ramsey Clarke have condemned the court verdict as, “The worst case of individual injustice I have ever seen.”

It is open to question how a Muslim or black person would ever find justice from a majority white American jury deciding upon their innocence or guilt. This is the reason why a disproportionate number of African Americans are incarcerated in the US penal system.

Marwa Elbially, Dr Aafia Siddiqui’s attorney, has visited her in prison and describes her as curling herself into foetal ball in a corner of room as though she is attempting to disappear. These are the actions of a lady who has been subject to torture. This is something Dr Siddiqui repeatedly pointed out during her trial, but the judge ordered her remarks to be struck from the record, since – it was claimed – she was “speaking out of turn.” A victim of torture should not be subject to the type of McCarthyite show trial that Dr Aafia Siddidui was subjected to.

When Imran Khan spoke at the Organisation of Islamic Countries conference earlier this month, he rightly pointed out that the War on Terror was perpetuated through Islamophobia. It is ironic that Khan shies away from Dr Aafia Siddiqui’s case despite this.

Let us not make the same mistake.

It is time to build momentum globally for Dr Aafia Siddiqui’s freedom from the nation that is so often proclaimed as the ‘Leader of the Free World’ by Western journalists. The war in Afghanistan has come to an end and so should Dr Siddiqui’s detention. Let us not allow Dr Siddiqui to be lost in the fog of war. 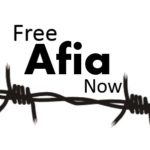