Your recent speech before the Israeli Knesset was a disgrace when it comes to global struggles for freedom and liberation, particularly of the Palestinian people. You reversed the roles of occupier and occupied. You missed another opportunity to demonstrate the justice of your cause and the broader cause of freedom.

You said: “We are in different countries and in completely different conditions. But the threat is the same: for both us and you – the total destruction of the people, state, culture. And even of the names: Ukraine, Israel.”

I am angry and sad that Russia is seeking to occupy your country and to crush the rights of the Ukrainian people to self-determination and freedom, and I believe that every possible support must be given to Ukrainians as they resist this barbaric aggression. At the same time, I reject the policies of the US and its Nato allies around the globe.

And while I admire your success in building a large international coalition to support your struggle against Russian aggression, I wish we as Palestinians could persuade the world to mobilise in a similar fashion, and force Israel to abide by international resolutions.

I am also concerned by your apparent double standards towards the legitimate Palestinian struggle against occupation, oppression, killings, racial discrimination and displacement – crimes that Israel has practiced for more than seven decades against my people.

Israel’s crimes against the Palestinian people have included the forced displacement of hundreds of thousands of Palestinians during the 1948 Nakba. Hundreds of towns and villages were ethnically cleansed and demolished, with most of their features then erased from the earth, preventing the return of their people. Some Palestinians became displaced within the newly proclaimed state of Israel, while others sought refuge in neighbouring Arab countries.

Palestinians who became Israeli citizens have endured rampant discrimination, while those living in the West Bank live under a brutal occupation, and those in Gaza a crushing siege. Israel has criminalised the Palestinian struggle for freedom and liberation, denied the legitimate Palestinian leadership, confiscated Palestinian property and resources, and arrested Palestinian activists.

Racist laws, such as the 2018 nation-state law and the recently revised citizenship law, have codified Israel’s opposition to Palestinian self-determination and to a Palestinian homeland.

And yet, you have taken public positions in support of Israeli occupation. In 2020, you opted to quit the United Nations Committee on the Exercise of the Inalienable Rights of the Palestinian People, a body tasked with supporting Palestinian rights. You even backed Israel’s right to “self-defence” when it was practicing the most extreme forms of aggression against our people.

Since the start of Russia’s offensive against your country, you have continued to practice double standards. While Israel has hesitated to accept non-Jewish Ukrainian refugees fleeing the Russian bombing – a policy motivated by inhumanity and ethnic supremacism, with which Palestinians are all too familiar – you remain willing to turn to Israel’s right-wing nationalist prime minister, Naftali Bennett, as a mediator.

I know that most Palestinians are watching your stubborn struggle and wishing you victory over Russia’s brutal aggression. I also know that a Russian victory would be a great gift to Israel’s aggressive posture – a victory for its “Iron Wall” concept, which regulates its dealings with us until our complete defeat.

On the other hand, the struggle and victory of your people, even with the destruction of much of your country and the displacement of scores of Ukrainians, would give hope to other peoples struggling against oppression and erasure, rekindling our hopes for return and liberation. To this end, I urge you to stop supporting our oppressors.

By Asad Ghanem (professor of political science at the University of Haifa. Palestinian activist and writer.) 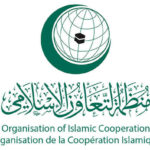 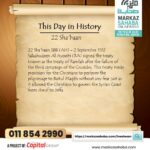