Palestinian resistance factions have warned Israel that there will be consequences for the apartheid state’s “aggression” in Jerusalem. In separate statements, Hamas and Islamic Jihad both condemned Israeli settler attacks on Palestinians in Sheikh Jarrah neighbourhood of the occupied city.

“The settler violence in Sheikh Jarrah is blatant aggression and playing with fire,” said Hamas spokesman Mohammad Hamada. “We call on Palestinians to rally in support of our people in Sheikh Jarrah and confront such violence.”

Meanwhile, Islamic Jihad in Palestine warned that the Israeli violence in Sheikh Jarrah might “explode” into something much bigger in Jerusalem. The movement called for all Palestinians to gather in support of Jerusalem and Sheikh Jarrah, where local residents cite repeated attacks by illegal settlers, who have stolen Palestinian-owned properties and provoked them.

Indeed, the Follow up Committee for the National and Islamic Factions claimed that settler attacks and the opening of an office in Sheikh Jarrah by far-right parliamentarian Itamar Ben-Gvir are all intended to provoke the people of occupied Palestine. The committee pointed out that the settlers and MK are protected by Israeli security forces, implying that they have the open support of the Israeli government.

“Ongoing Israeli aggression will not stop the legendary resilience of the Palestinians in Jerusalem, especially in Sheikh Jarrah,” insisted the committee. It added that the neighbourhood has become a place where the Israeli occupation and its settlers can “demonstrate their fascism”. All Palestinians, Arabs and Muslims were called upon by the factions to protect the holy city of Jerusalem from the “systematic attacks” of the Israeli occupation.

Last year, tensions ran high in Sheikh Jarrah after an Israeli court ordered the eviction of several Palestinian families in favour of Israeli settlers. This was despite a 1956 agreement between 28 Palestinian families, the Jordanian government — which governed the West Bank, including East Jerusalem, before the Israeli occupation in 1967 — and the UN Relief and Works Agency for Palestine Refugees (UNRWA). The agreement allowed the Palestinians to buy their homes in the neighbourhood on condition of giving up their refugee status.

For decades, Israeli settlers and settler groups have challenged the ownership of the Palestinian homes built in Sheikh Jarrah. The Israeli courts have been used as a sword against the Palestinians and in favour of the illegal settlers. 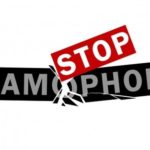