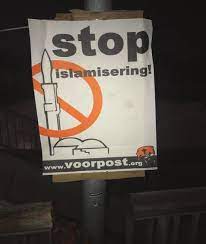 A Belgian court found that the “Stop Islamization” slogan printed on banners and leaflets is not racist and that it only “expresses an opinion,” local media reported on Thursday.

The court of appeal in the Belgian city of Antwerp ruled that the slogan “Stop Islamization” used by Voorpost, a satellite organization of the extreme right party Vlaams Belang (Flemish Interest) is not racist because the motivation of racism and xenophobia cannot be clearly established, according to the online news portal Brussels Times.

The decision overruled a lower court judgment from last May that imposed six-month prison and fine on the activists for depicting a “fearful image” and “inciting hatred and discrimination” against the Muslim community by carrying the banner and handing over leaflets to people in the town on Mechelen.

On a banner under the words, “Stop Islamization”, were pictured some women in burkas or niqabs, and this combination, according to the court, last May, went too far. Various Parliament members from Vlaams Belang (party) protested against the verdict in Mechelen.

According to the criminal court in Mechelen in May last year, the banner went too far. “By having such signs and banners, the accused have the aim of instilling fear and creating hate in society by convincing onlookers of the idea that possibly in the future, Islam will dominate Flanders, ” the verdict read.

Tom Van Grieken, the leader of Vlaams Belang, welcomed the new ruling as a “victory of free speech.”

“We will continue our fight against immigration and Islamization. Because stopping Islamization is not the same as racism,” he said. 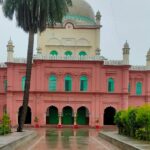