Lata Mangeshkar is dead, at 92.

There’s a consensus that she was the most celebrated female singer in the country, mainly known for her playback singing for Bollywood, India’s main cinema industry.

In its obituary, the BBC writes:

For decades, the “nightingale of Bollywood” was the country’s most in-demand singer, with every top actress wanting her to sing their songs. Her records, meanwhile, sold in the tens of thousands, and she boasted a back catalogue of some 30,000 songs spanning numerous genres and a total of 36 languages.

So, she basically made a career by singing tens of thousands of “songs” full of shirk.

As if that weren’t enough to dismiss her, there’s also another lesser-known chapter in her life, that of her affiliation with Hindutva or Hindu nationalism.

Lata Mangeshkar and the Founder of Hindutva

OpIndia is a right-wing Indian media outlet which is openly Islamophobic, for instance in 2020 spreading fake news accusing Muslims of indulging in human sacrifices of Hindus, despite the fact that it is Hinduism, not Islam, which promotes such rituals.

RELATED: Human Sacrifice in Hinduism and Other Polytheistic Religions

In September 2021, OpIndia published a piece by Jinit Jain on the relations between Lata’s family and the ideology of Savarkar.

Savakar is basically the founding father of Hindutva or Hindu nationalism.

How did Lata perceive him?

Lata Mangeshkar and her family shared close ties with Veer Savarkar, something which she has always been proud and unapologetic about. Every year on Savarkar’s birth and death anniversaries, which fall on May 28 and February 26 respectively, the award-winning singer does not shy away from publicly paying her tributes to the Hindutva ideologue and reiterating his invaluable contribution to India’s independence struggle against the British.
(…)
Lata Mangeshkar termed Savarkar as the ‘true son of Mother India’ and hailed him as a father-like figure. During his lifetime, Veer Savarkar was referred to as ‘Tatya’ by Lata Mangeshkar, which is a term used in deference for a father or elderly male relation.

In fact, the very reason she became a a well-known singer might be Savarkar himself:

It is a little-known fact that early in her career, Lata Mangeshkar had made her mind of giving up singing to devote her time and energies to social service and for the welfare of the poor. Author Yatindra Mishra in his book ‘Lata: Sur Gatha‘ reveals how it was Veer Savarkar who dissuaded Lata Mangeshkar from taking that decision and inspired her to continue pursuing singing.

Such a cute relationship!

No wonder that when she died, many were relieved precisely because of that link she entertained with Hindu nationalism.

Savakar and the Virile Muslims

Savarkar was a frail, 5’4” man who wanted the Hindus to somehow regain their “lost masculinity” after centuries of “Islamic onslaught.”

Interestingly, he was himself an atheist, which proves that Hindu nationalism is not so much religious revivalism as it is identity politics, with Savarkar himself having a racialized definition of Hindus.

Shirk is not strong enough as a religious ideology to mobilize masses on the basis of religion, but race can.

But about that “lost masculinity” trope, Kalyani Menon, in her book Everyday Nationalism, on the role of women in the Hindu right-wing, writes in p. 67:

In their stories, the specter of the Muslim male who has engaged in sexual violence against Hindu women in the past or the present, provides the primary justification for Hindu nationalist violence against the Muslim minority in India today. This imaging of Muslims has been central to Hindu nationalist discourse, most notably in the writings of V. D. Savarkar, an important Hindu nationalist ideologue. Building on Orientalist histories, Savarkar portrayed a glorious Hindu culture made weak and effeminate by centuries of Muslim rule. Savarkar’s incendiary writings are imbued with references to sexuality that represent Muslims as ‘‘naturally’’ lascivious, lustful invaders who dishonored Hindu women, while Hindu men are portrayed as feminine— lacking the will and the vigor to put an end to Muslim carnage. Savarkar calls upon Hindu youth to avenge violently an alleged history of violence against Hindu women in order to reclaim their (Hindu men’s) masculinity and the vitality of the nation.

So, Savarkar was not only the founding father of Hindu nationalism but perhaps also of incel-dom.

This is the reason why Hindutva rhetoric and practices are so imbued with violence, more specifically sexual violence, against Muslims in general and Muslim women in particular, as they see it as a way to avenge the centuries-long Islamic rule on Hindus.

Savarkar injected this incel-like frustration about “Muslim virility” so much that basically all the Hindutva ideologues but also laymen who followed him till today subscribe to this idea.

In fact, someone like B.S. Moonje, who like Savarkar was an important member of the Hindu Mahasabha, a Hindu nationalist party, even rejected centuries-old normative Hindu behaviors such as vegetarianism just to emulate Muslims.

B.S. Moonje explained that Hindus had to organise themselves to ‘defend their country – if not with swords then at least with lathis’ – against Muslims. Muslims had the ‘virile vigilance with which they protect their racial interests… which, alas, is visibly lacking in the present- day Hindu race’. Moonje attributed ‘Muslim virility, their readiness to kill and to be killed’ to the diet of meat and the Islamic practice of sacrifice, urging the rehabilitation of the ‘Vedic institution of yajnathag’ [animal sacrifice] that would accustom a Hindu to the sight of spilling blood and killing. The aim was to remove ‘docility and mildness’ from the temper of Hindus and prepare them to counter the ‘aggressiveness’ of Muslims.

Imagine going against your own religion because you’re jealous of “virile Muslims.”

Another legacy of Savarkar’s incel approach are all these Hindu nationalist conspiracies about “Love Jihad,” with a prominent Hindutva lady saying that it happens because Muslim men are “sensuous.”

So, those who somehow mourn Mangeshkar… apart from her career built upon Shirk, don’t you have a problem that her “father-like figure” unleashed an ideology which harms Muslims in India every single day? 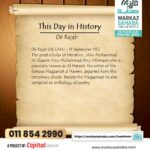 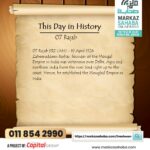