The African Union has suspended an earlier decision to grant Israel an observer seat, as the issue threatened to create an unprecedented rift within the 55-member continental body

“The Israel question has been suspended for now and instead there will be a committee set up to study the issue,” one diplomat told AFP news agency on the closing day of the AU’s annual summit in Addis Ababa.

The relationship with Israel is a rare point of contention for a body that values consensus, with powerful member states, notably South Africa, loudly protesting a decision by Moussa Faki Mahamat, chair of the African Union Commission, to accept Israel’s accreditation to the bloc.

Sarah Leah Whitson, executive director of Democracy for the Arab World Now (DAWN), applauded the decision, saying the union did “the right thing” in suspending Israel’s status, given its apartheid practices and its continued occupation of Palestine.

“It would be particularly grotesque for Africa, which understands well the scourge of apartheid, to grant an apartheid state privileges and status,” Whitson, who once headed Human Right Watch’s Middle East and North Africa division, said in a post to Twitter.

Meanwhile, Israel’s Foreign Ministry released a statement stressing Israel’s potential as an observer state, adding that such a status was “a clear interest” for all.

“It will facilitate increased cooperation between Israel and African countries. Israel attaches great importance to expanding the dialogue and cooperation with the African Union in line with changes in the Middle East, and views it as an important expression of our shared activities for the continent’s next generation,” the statement continued.

An issue for the committee

The six-member committee that will now consider the issue includes South Africa and Algeria, which opposed Faki’s move to accredit Israel last July, as well as Rwanda and the Democratic Republic of the Congo, who supported it, according to diplomats with direct knowledge of the decision.

Cameroon also asked to be on the committee, while South Africa requested the inclusion of Nigeria as well, the diplomats said.

There was no immediate information available on the timeline for the committee’s work or when the AU might take up the matter again.

Member nations such as South Africa said they had not been properly consulted about the decision, which they said contradicted numerous AU statements – including from Faki himself – supporting Palestinian statehood.

The accreditation handed Israeli diplomats a victory they had been chasing for nearly two decades.

Seventy-two countries, regional blocs and organisations are already accredited, including North Korea, the European Union and UNAIDS, according to the AU’s website. 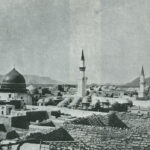