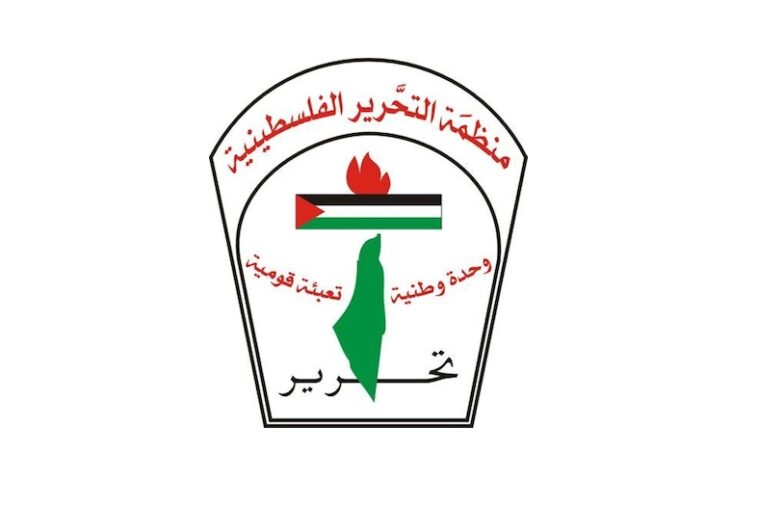 The Palestinian Authority (PA) has intensified its crackdown on political opponents in the Israeli-occupied West Bank over the past months, analysts say.

The PA run by Palestinian President Mahmoud Abbas’ Fatah party has since November obstructed welcome events held upon the release of Palestinian prisoners affiliated with other political parties, particularly the Gaza-based resistance groups, Hamas and the Palestinian Islamic Jihad (PIJ).

Perhaps more controversially, funeral processions for Palestinians killed by Israel – whom Palestinians sacredly refer to as “martyrs” – have also been disrupted by PA security forces in an effort to suppress public displays of support for rival parties.

On several occasions, PA security forces turned violent, including the firing of tear gas at crowds, carrying out preemptive arrests of event participants, forceful confiscation of Hamas, PIJ and supporters of Popular Front for the Liberation of Palestine (PFLP) party flags, and firing live ammunition into the air.

Last month, a young Palestinian man, 24-year-old Amir al-Leddawi, died due to injuries he sustained when his vehicle flipped over, which his family says happened as he was being chased by a PA security force vehicle after he participated in a procession to celebrate the release of 61-year-old Hamas leader Shaker Amara in Jericho.

PA officials said they launched an investigation into the youth’s death – the results of which are yet to be announced.

Yousif al-Zumur, head of the investigation committee formed in Jericho’s Aqabat Jabr refugee camp – where al-Leddawi’s family resides – told Al Jazeera that the investigation will be completed by January 30, after which the results will be announced publicly.

In late November, during the funeral of 14-year-old Amjad Abu Sultan who was shot dead by Israeli forces in the village of Beit Jala, west Bethlehem, undercover security forces – in plainclothes – raided the procession and forcefully prevented mourners from carrying Hamas, PIJ and PFLP flags by confiscating and breaking them.

The PFLP responded in a statement saying the PA and its security services should “assume their responsibilities in ending their irresponsible campaigns, threats and systematic incitement against political parties, opponents and activists”, while Hamas said “this only serves the [Israeli] occupation and its policies of persecuting resistance in the West Bank.”

The number of raids on welcome processions for freed prisoners notably increased days after the funeral of Wasfi Qabha, a Hamas leader and former minister in Jenin city in the northern occupied West Bank in mid-November. Dozens of armed men appeared publicly during his funeral with the banners of Hamas – and to a lesser extent, PIJ – raised.

Political analyst Hani al-Masry believes that this seemingly new trend of obstructing funeral and prisoner release processions can be traced to the decline in the PA’s popularity, owing to the failure of its political project to form a state for the 4.5 million Palestinians living in the 1967-occupied territories of East Jerusalem, the West Bank and Gaza Strip.

“The PA fears the growth of other factions, as well as the decline in its standing, and [potential] collapse,” al-Masry, who is the director of Masarat – The Palestinian Center for Policy Research and Strategic Studies in Ramallah, told Al Jazeera.

Pointing to soaring popularity for Hamas and PIJ in the occupied West Bank since May, al-Masri said the two armed movements “preach resistance” while the PA “preaches negotiations and peaceful resistance, as we saw in President Abbas’ pledges to [Israeli Defence Minister] Benny Gantz”.

“Therefore, any influence by Hamas, PIJ, and the PFLP puts the PA and its survival to the test,” he continued.

Popular support for Hamas dramatically increased during the 11-day Israeli bombardment of the besieged Gaza Strip, following Israel’s attempts to forcibly displace Palestinians in the Sheikh Jarrah neighbourhood of occupied East Jerusalem, and the widespread confrontations with Israeli forces that ensued across historic Palestine. During popular protests, one of the most widespread chants hailed Mohammad al-Deif – the commander of Hamas’s military wing, the al-Qassam Brigades.

The charged atmosphere in the West Bank has also translated into the arrests of Palestinian activists.

Lawyers for Justice, a legal firm that represents political detainees, documented 112 arrests in November and December, out of a total of 340 in 2021. The group’s director, Muhannad Karajah, said, “in the past two months, the pace of arrests multiplied.”

“We documented cases of detention or summoning and interrogation over participation in Wasfi Qabha’s funeral or in celebrations of freed prisoners,” he told Al Jazeera.

“In one case in Qalqiliya, security services summoned 20 people to warn them against participating in prisoner release celebrations. Students from Birzeit and An-Najah universities were detained for organising celebrations to commemorate the launch of the Hamas movement,” he continued.

“I was in the town of Tammun in Tubas when security forces attacked the convoy of released prisoner Azmi Bani Ouda. They cut off the convoy’s path and pursued those who carried Islamic Jihad banners,” Adnan told Al Jazeera.

In another incident he witnessed in Tulkarm, security forces cornered the convoy of Muhammad al-Arif, a member of Hamas released from prison. Security forces fired tear gas at the crowd when the latter reached the reception hall and brought out a couple of Hamas banners.

Adnan said there were no armed groups in either events, nor were there any skirmishes or verbal altercations with the security forces.

He said he believes that the matter is not limited to Hamas – the PA’s main rival in the occupied West Bank.

The armed political movement, Hamas, has been the de facto ruler in the besieged Gaza Strip since 2007 after it defeated Fatah in parliamentary elections. Fatah was driven out of the Strip as it attempted a preemptive coup which resulted in several weeks of violent fighting. The two parties have ruled the occupied Gaza Strip and West Bank respectively ever since, with internal division plaguing Palestinian politics.

“At the funeral of the martyr Amjad Abu Sultan in Bethlehem, the banners of the PFLP, Hamas and Islamic Jihad were confiscated, suggesting that the PA does not want any presence of resistance factions in the West Bank,” Adnan said.

“We have been prevented from participating in national activities at universities for years,” he continued, and pointed out that “members of Islamic Jihad and Hamas are not allowed to work in government institutions for punitive security reasons.”

Khaled al-Hajj, a Hamas leader in Jenin who witnessed several similar obstructions by security forces, agrees. He noted that the issue of prisoners is “a sensitive topic for the Palestinian people, who are used to honouring and celebrating” their release.

“The public was surprised by this coup against Palestinian traditions; their processions were attacked and sprayed with tear gas. This is a dangerous matter that must be stopped. Otherwise, it might lead to unexpected reactions,” he told Al Jazeera.

“The security services are worried, especially since a chant recently spread in the West Bank hailing Mohammad al-Deif as a hero,” added al-Hajj.

On December 13, security forces raided a funeral procession for a Palestinian man, Jamil Kayyal, who had been shot dead during an armed confrontation with Israeli forces in Nablus.

Although Kayyal was affiliated with Fatah, PA officers fired tear gas at mourners after armed men fired shots into the air at the funeral.

The PA justified the incident, saying “it is unacceptable that gunmen fire shots posing a risk to the lives of those in the procession, including members of the security forces,” Talal Dwaikat, spokesperson for the Palestinian security services, told the official Palestinian news agency.

Political analyst Nihad Abu Ghosh believes that the PA’s violence is not limited to Palestinian opposition factions, giving an example of the PA’s response to mass demonstrations against the killing of Palestinian activist Nizar Banat during his arrest by security forces in June 2021.

He said it is “a sign of weakness” and shows that the PA fears for its survival. The PA does this “to block the path for these protests or movements to grow; they could turn into broader protest phenomenons that could eventually topple the PA”, said Abu Ghosh.

“The PA is acting in this manner out of panic, in a way that shows that it is in a real crisis,” he continued, pointing out its deep financial woes and inability to protect Palestinians.

The PA was formed as an interim, five-year governing body in 1994 as part of the Oslo Accords signed between Israel and the Palestinian Liberation Organization (PLO) under Yasser Arafat, which were meant to lead to a Palestinian state. Abbas, chairman of Fatah and the PLO, succeeded Arafat in 2005 and has remained in office since then, despite his mandate ending in 2009.

Today, the PA has limited control in Palestinian city centres in the occupied West Bank, and is heavily criticised for maintaining its policy of “security coordination” with Israel – which includes sharing intelligence information about activists and publicly stating it is helping Israel thwart attacks. It is also been unable to pay its civil servants’ salaries in full.

Shawan Jabarin, director of the Ramallah-based Al-Haq rights group, believes that attacking people celebrating the release of prisoners from Israeli jails is a violation of freedom of expression.

He noted that event obstructions “involve a degree of discrimination”.

“If there is a general tendency to prevent such celebrations, this should apply to everyone. It is unreasonable to allow some to celebrate, while forbidding others based on their political identity,” he told Al Jazeera.

“In all cases, this does not serve the Palestinian national cause.” 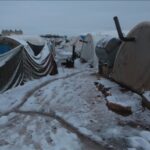 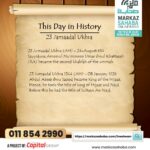