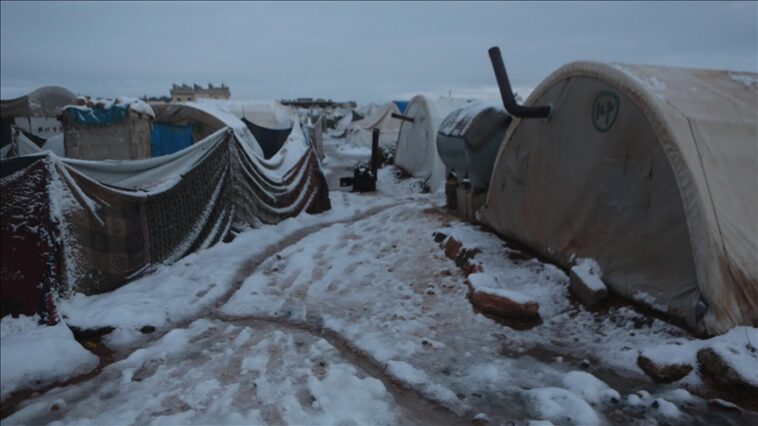 Many of Syria’s nearly 3 million displaced people face dire winter conditions with a brutal snowstorm hammering the region, the United Nations warned Monday as it urged the international community to do more to protect them. It also stated that nearly 1,000 tents hosting displaced civilians collapsed due to snowfall in northwestern Syria.

Heavy snow and freezing rain have seriously affected about 250,000 displaced Syrians living in camps in the last major opposition stronghold in northwestern Syria, with tents collapsing and children having to walk in the snow in sandals.

“It’s a real disaster zone,” said Mark Cutts, the U.N. deputy regional humanitarian coordinator for the Syria crisis who is in charge of cross-border aid operations from Turkey to the northwest.

Cutts said during a virtual news conference that northwest Syria has been especially hard hit because it has one of the most vulnerable populations in the world — 2.8 million displaced people living mainly in camps that “are bad at the best of times because it’s a war zone.” Despite a cease-fire, there has been shelling almost every day in the last year as well as a lot of airstrikes.

“But now during this extremely cold weather, we’ve seen some real horror scenes in the last few days,” he said. “About a thousand tents have either collapsed completely or been very badly damaged as a result of heavy snow in some areas and freezing temperatures,” down to minus 7 degrees Celsius (about 19 degrees Fahrenheit), as well as a lot of rain in some parts.

He said humanitarian workers have been pulling people out from under the collapsed tents. Many don’t have shovels or other equipment to clear the snow from their tents so they have been using their bare hands and children have been photographed “walking in the snow and on the ice in their sandals,” Cutts said.

He said snow and cold are particularly bad for elderly and disabled people “living in these torn and ripped and flimsy tents in these sub-zero temperatures.”

This kind of winter weather is a regular occurrence in northwest Syria, Cutts said, and the United Nations handed out “winterization items,” including clothing and blankets last June and July.

Cutts said in the last few days humanitarian workers have been trying to clear roads, get mobile clinics to people in need, repair or replace tents, and provide other urgently needed relief items including food, blankets and winter clothing.

But what is desperately needed is more money, he said, and “political will” to end the 11-year conflict.

“We are really appealing to the international community, to do more to recognize the scale of the crisis and to help us to get these people out of tents Into safer, more dignified, temporary shelter,” Cutts said. “It’s a really dramatic situation that we’re dealing with at the moment.”

“No one should live in these conditions” and it is “absolutely unacceptable,” Cutts told reporters via video link and added: “We are extremely concerned” about the 2.8 million displaced people in the region.

The latest storm has piled misery on war-ravaged Syria’s northern refugee camps, where most of the displaced live in tents, many of which are collapsing under the weight of snow. Other areas are enduring heavy rains or freezing temperatures.

Idlib region, where the 2.8 million displaced live, is the last Syrian enclave to oppose the regime in Damascus. Humanitarian aid reaches them mainly through the Turkey-Syria border under special U.N. authorization free from Damascus interference, and which expires in July.

Idlib falls within a de-escalation zone forged under an agreement between Turkey and Russia in March 2020. However, the Syrian regime has consistently violated the terms of the cease-fire, launching frequent attacks inside the de-escalation zone.

Since April 2018, attacks on Idlib, the last opposition stronghold, have dramatically intensified, causing new waves of refugees to flow toward the Turkish border and putting the country – which already hosts 3.7 million Syrian refugees – in a difficult position.

As a result, Turkey, which has the second-largest army in the trans-Atlantic NATO alliance, has funneled troops and equipment into the region to stop the Syrian regime’s advance and prevent another wave of refugees.

Turkish soldiers are currently stationed in the region to protect the local population and support counterterrorism groups. Despite the military escalation, Ankara has also been keeping diplomatic channels active with Russia in the hope of finding a political solution, urging the country to uphold the peace agreements and ensure an immediate cease-fire. 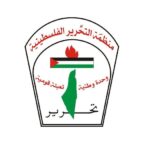