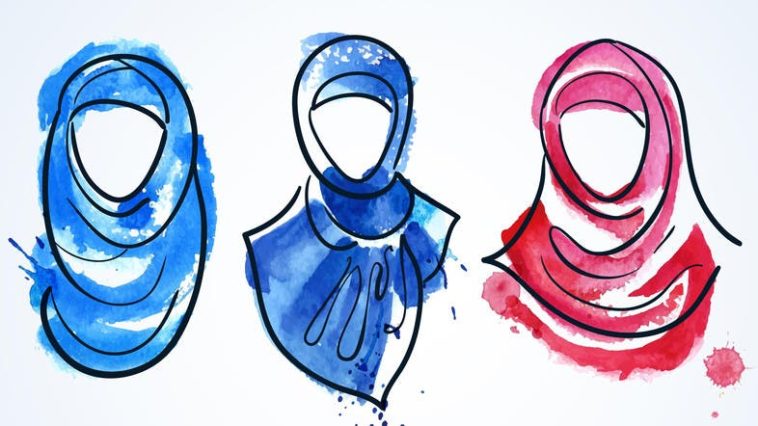 Three weeks since the news of a Pre-University College in Udupi denying entry in classrooms to Muslim students wearing a hijab made national headlines, the girls still remain shunned out of their classrooms and being marked ‘absent’.

Contrary to multiple news reports that the issue had been resolved after the Deputy Commissioner intervened, the girls have not been allowed inside the classroom even for a single day.

‘If you don’t leave the classroom, I’ll push you out,” a teacher yelled, threatening a student not to step into the classroom with hijab.

“Today, they asked us to sit on the stairs. It felt uncomfortable and humiliating,” a 2nd year PU student Aliya told The Cognate. “We used the time to study among ourselves using some notes that we borrowed from other students attending classes.”

“We have missed three weeks of classes and may have a shortage of attendance during a crucial year,” she adds.

“The college authorities are not sticking to their words. They keep changing their stand – once they said that the girls will not be allowed inside classrooms at any cost, later they said they have to ask the higher authorities,” Campus Front of India (CFI) State Committee member Masood told The Cognate.

On January 1, reports that hijab-clad Muslim girls of Government PU College, Udupi were being denied entry into classrooms triggered massive outrage. The girls said that the principal, Rudra Gowda, did not permit them to wear hijab in the classrooms. They claimed though their parents approached the principal for talks, he refused to hold a discussion on the issue. They also complained that they are not being allowed to talk in Urdu, Arabic and Beary languages.

CFI and GIO (Girls Islamic Organisation) approached the school authorities and the district collector seeking to resolve the issue, however, the girls continue to be denied permission to enter classrooms.