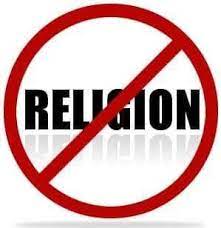 A CALL TO REKINDLE, RECLAIM AND RESOLVE

We live in a world that flatters only to deceive. Even as we indulge in our modern day comforts, and marvel at the infinite array of gadgetry that we pursue rabidly, we know intuitively that we have become deeply impoverished. We no longer appreciate anything .We are too busy occupying ourselves with yet another diversion, yet another shallow indulgence, yet another shot at instant gratification. As we become more isolated, and more ‘inwardly’ focused, we become more immune to the turmoil in the world in which discontent abounds, and oppression and tyranny dominate. We continue with our consumerist lives, seemingly unperturbed.

Deviance and misdirection have become the norm -the holy is mocked, the impure is promoted. LGBTQ+, riddah, imitating the kufaar, desecrating the holy lands with vice, modernism, feminism, liberalism….a seemingly endless list of hedonistic pursuits consumes us daily.

Worse still, submission to Allah – the Majestic, the All-powerful, the All-knowing – has been replaced by subservience to desire and unbridled greed. Obedience to Allah has been substituted with the deification of the mind. Reason has supplanted revelation. We think we have the answers because we believe we are educated, refined, modern, enlightened; in our arrogance, we have been blinded to the deviation that living under kufr has caused within us. No one has been spared. We have even witnessed certain Ulama openly pander to the secularist lobby and, in the process, shamelessly distort the teachings of Deen. Instead of steadfastly holding on to Quran and Sunnah, they openly compromise on fundamental doctrinal or aqeedah issues, ostensibly upon the basis of being “practical” and “realistic” and making the Deen “relevant” or “palatable” to one or other sector of secular society. Some have traded the honour of enjoining good and forbidding evil for the shallow world of “one liners” , “quotable quotes” and “motivational talks“ – reducing Deen to Hollywood like distortions of “self-actualisation”, “love”, “peace”, “co-existence” and “not being judgmental”. Others are trapped in the realm of social media, including radio and television – subtly and sometimes brazenly “repackaging” the Deen, as if it is a brand in need of marketing, and propelling the Deen into the murky world of populism. We move inexorably from the light of Divine guidance to the darkness of disbelief.

Such is our world. Such is our tragedy. We are at once victims and villains. Victims of the never ending plots of Shaytaan and his allies among mankind. Villains because we continue to seek affirmation from the disbelievers, adopt their values and ways and, in so doing, we sacrifice the Divine injunction to establish Allah’s law on earth.

How pitiful it is to witness us cower for acceptance by our enemies and the enemies of Allah. How degrading it is for us to mimic everything the disbelievers say and do. How pitiful it is to witness us constantly degrade the ummah and praise the nations of disbelief. How truly tragic it is to witness noble traits, such as gheera for our sisters, being completely extinguished, and replaced by the oppressive, socially divisive and disruptive campaigns to “liberate” our sisters by abandoning the Hijab, abandoning Hayaa (modesty) and openly promoting fawaahish.

Nothing in the Deen is sacred to our enemies- and we have become their foot soldiers.

We are the descendants of Hamza (the lion of Allah), Khalid Bin Walid (the sword of Allah), Omar Bin Khattab (the dispeller of Shaytaan). We are the followers of Nabi Muhammad ( صلى الله عليه وسلم), the best of all creation. Strength, purpose and courage are pillars of our tradition. It is time to re-awaken within us the desire for honour, dignity and an unflinching commitment to establishing Allah’s law on earth.

The only solution for all of mankind lies in returning to the system given to us by Allah-the Lord of the heavens and the earth, the Creator of all of creation, the only legitimate source of all legislation. Allah, the One who has tasked us Muslims with being His vicegerents upon the earth.

We must awaken to the reality that without political power, without establishing the law of Allah, without re-establishing the Caliphate (Khilafat), we will not be able to meaningfully and effectively counter the forces of evil. Unless the Ummah has political power in the form of a Khilafat, and abandons nationalism (a characteristic and remnant of jaahilyaah), we can do very little to counter the onslaught. In the absence of the strength that comes from living under the authority of a Khalifa, who uncompromisingly implements the Law of Allah for the benefit of all, there will be no countervailing force to resist the onslaught of our enemies and the enemies of Allah- they will continue to act with impunity and we will continue to acquiesce in the distortions of our Deen and the humiliation meted out to us.

The apparent enormity of the task should not cause us to despair. Our obligation is to strive towards the goal of establishing Allah’s Law. He, and He alone, will decide the outcome of our efforts.

If, however, we choose not to strive to establish Allah’s law, and we accept the status quo, we will inevitably compromise the Deen to make it acceptable to the secular powers that be, to the corporates whose apparent success intoxicates us, to so called “progressive” social activists and commentators whose wrath we fear, to academia whose mockery we seek to avoid, to atheist secularists whose affirmation and adoration we covet. Such compromise in its final analysis will pervert the Deen to the extent that it will no longer represent true Islam in any shape or form whatsoever. In the process, we would have been responsible for distorting the beliefs of countless Muslims. We would have succeeded in turning on its head the Prophetic tradition of delivering people from the darkness and oppression of disbelief

Let us not allow the allure of acceptance and affirmation by the disbelievers and fear of them and their displeasure to deter us from our task and objective. Let us believe again. Let us dream again. Let us envision life under the purity of Shariah….Let us strive to achieve that and pray that Allah accepts our efforts!

How that is done requires lots of thought, discussion, commitment, and action. We can however no longer ignore the need to establish Allah’s law on the earth. We must at the very least speak out vociferously in enjoining the good and forbidding the evil. That would inevitably bring upon us the hardships faced by the Ambiya, the Sahabah and the righteous; but we pray that our efforts, with all their imperfections, will be vindicated by acceptance in the Court of Allah.

If indeed we love our spouses, our children, our families and friends, how can we not strive to provide them with an environment in which goodness is encouraged, and evil is shunned? How can we leave ourselves and them prey to the forces of disbelief? How can we be comfortable knowing that we have done nothing to fulfil our divinely ordained obligation to save ourselves and our families from the torment of Hellfire?

May Allah guide, inspire and strengthen us!

Compiled by AMPSA and Electronically Issued by Ampsa Shura Council 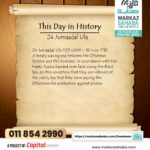 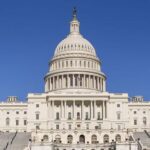