Sheikh Ra’ed Salah, head of the northern branch of the Islamic Movement in 1948 occupied Palestine, has said that he would continue to uphold the Arab Palestinian constants and defend the Aqsa Mosque.

Sheikh Salah made his remarks during a news conference held on Monday afternoon in the presence of a massive crowd of people in Umm al-Fahm City following his release from an Israeli jail.

“We will live and die upholding our Islamic, Arab and Palestinian constants. These constants neither age nor die or retire,” he said.

Sheikh Salah also explained the harsh incarceration conditions he had suffered from in solitary confinement.

“I lived my days moving from isolation to isolation … They wanted me to be alone and isolated, and they also imposed on me conditions where I was isolated in the isolation section of the prison,” he said.

Sheikh Salah affirmed that he intends to visit and pray at the Aqsa Mosque as soon as possible.

In a related context, the Hamas Movement has offered its sincerest congratulations to the Palestinian people, the Arab and Muslim nations and the world’s free people on Sheikh Salah’s release from Israeli jails after 16 months in solitary confinement.

In a press release, Hamas stressed that the policy of persecution, repression, banishment and detention that is pursued by the occupation state would never succeed in keeping the Palestinian people’s national icons, especially Sheikh Ra’ed Salah, away from the arenas of struggle in Jerusalem and its environs.

Hamas also hailed Sheikh Salah for his prominent role in exposing and resisting the Israeli Judaization schemes in the holy city. 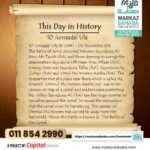