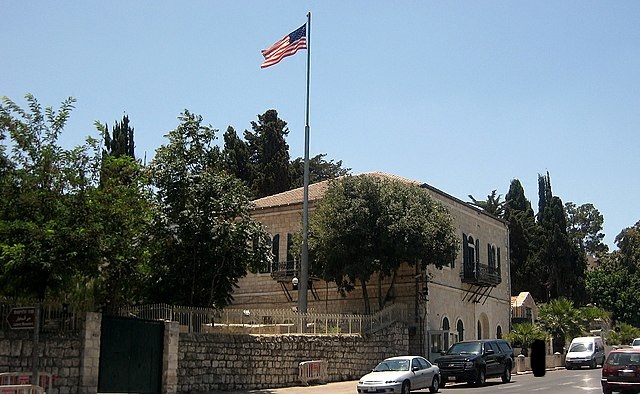 More than 300 former Israeli generals and security officials have voiced support for the US plan to reopen its consulate in occupied East Jerusalem, a move that would restore Washington’s main diplomatic mission for the Palestinians in the contested city.

In a letter organised by Commanders for Israel’s Security (CIS), a nonpartisan organisation of former officials spanning senior security agencies in Israel, the members said reopening the consulate was in Israel’s national security interest.

“The government should weigh carefully the effect of opposing the American move at a time when our leaders are united in the wish to improve relations with the Democratic party in the service of our vital national security interest of restoring the bipartisan support we enjoyed until not too long ago,” read the letter, which was sent to members of Israel’s parliament and the Israeli cabinet.

The US consulate, which served Palestinians in East Jerusalem, the occupied West Bank and the besieged Gaza Strip, had been open for almost 175 years until it was shut down in March 2019 when former US President Donald Trump signalled support for Israel’s claim on Jerusalem as its capital.

In May, Secretary of State Antony Blinken announced the US was planning to reopen the consulate, reiterating US President Joe Biden’s position during his election campaign in 2020.

The plan, however, has hit a snag, as Israeli officials and Biden administration officials have been at odds over the issue, which Israeli Foreign Minister Yair Lapid has said could break up the fragile coalition government currently heading up the country’s parliament.

On Sunday, Israel’s right-wing Prime Minister Naftali Bennett, who opposes the creation of a Palestinian state, said there was “no room” for reopening the consulate.

The CIS letter said that allowing the reopening of the consulate would strengthen the Palestinian Authority (PA) – which has faced mounting criticism in recent months. Maintaining support for, and increasing the popularity of the PA is an important goal for Israeli security officials.

“Against that backdrop, you will do well to consider the contribution of renewing consulate operations on our security – given its positive effect on the stability of the PA and its security coordination with our forces, and on the strategic objective of restoring bipartisan support for Israel in Washington,” the letter read.

The Hill was first to report on Monday’s letter.

Still, earlier this month some 200 Republican lawmakers signed onto a letter opposing the Biden administration’s plans.

The congressional letter came days after 35 Senate Republicans introduced legislation seeking to prevent the US from reopening the consulate, centring their justification around the Jerusalem Embassy Act of 1995.

That legislation, however, contains no specific prohibition that prevents Washington from maintaining another diplomatic facility in Jerusalem, in addition to the embassy.

Meanwhile, Democratic lawmakers have called on the White House to move the process forward.

A group of Democratic senators, including Chris Murphy, visited Israel in September and urged Bennett to support the move, noting the consulate had been “open for over 100 years” before Trump shuttered it. 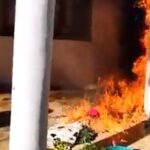