At least 16 mosques were vandalized and houses and shops belonging to Muslims set ablaze during the last week in the northeastern state of Tripura, according to a civil rights group on Wednesday.

The Association for Protection of Civil Rights (APCR) said there have been at least 27 confirmed incidents of right-wing mobs attacking mosques, houses and individuals in Muslim areas.

“These include 16 incidents where mosques were vandalized and flags of radical Hindu, the Vishwa Hindu Parishad (VHP), were forcibly hoisted on them,” M. Huzaifa from the APCR told Anadolu Agency.

At least three mosques, Palbazar mosque in Unnakoti district, Dogra Masjid in Gomati district and Narola Tila in Vishalgarh were set on fire, he said.

The APCR said almost all the attacks were carried out by various right-wing groups, including the VHP, that had ostensibly gathered to protest anti-Hindu violence in Bangladesh.

“On Tuesday, the government imposed section 144 of Criminal Procedure Code in Dharmanagar and Kailashahar parts of North Tripura to prevent protests against the violence in the state. However, there has been no action in the areas which saw vandalism by the mob. The state and police authorities are creating an illusion of normalcy by deploying police personnel in a few areas,” said Sultan Hussain, a resident in North Tripura and Secretary of the Tripura chapter of the Students Islamic Organization of India in a statement.

Secretary Malik Moatasim Khan from the Jamaat-e-Islami Hind Islamic organization appealed to the government to bring the situation under control and provide compensation for the destruction of mosques and other properties.

“The Muslims in the state should be provided security and those responsible for the violence and terror should be punished in order to bring peace to the state,” he said in a statement.

But Deputy Inspector General of Police (Northern range) Lalhminga Darlong told Anadolu Agency that authorities are protecting all mosques in the region and the situation is under control.

“On Tuesday, one mosque was vandalized and three shops and three houses belonging to the Muslim community were set ablaze after a procession by workers of the Vishwa Hindu Parishad (World Hindu Council) was taken out in protest of a recent incident in Bangladesh,” he said.

“The district administration is holding talks with both the groups and hopefully the situation will remain under control,” he added. 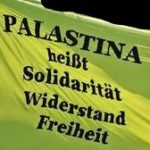 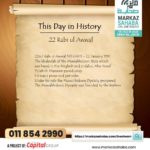