More than 20,000 South African Jews have moved to Palestine since the 1920s and Israel since 1948. The most famous was Aubrey Solomon, who changed his name to Abba Eban and became a prominent Israeli politician. Many of them live in the wealthy South African colony of Savyon, built on the ruins of the Palestinian village of al-‘Abbasiyah, whose Palestinian population was expelled during the 1948 Zionist conquest of Palestine.

South African Jews continue to move to Palestine, where some consider Israel a safer settler colony for white people than post-apartheid South Africa.

It is unclear, however, how many white Afrikaner Pentecostal Protestant converts to Judaism are among them. But a recent report in the Haaretz newspaper claimed that such converts had been arriving in Israel in increasing numbers since the end of apartheid in South Africa in the mid-1990s.

“From a former Pentecostal pastor to entire families, a growing number of Afrikaners are converting to Orthodox Judaism and swapping South Africa for Israel,” wrote Haaretz’s Judy Maltz, “and, in many cases, West Bank settlements.”

Zionist officials in South Africa assert that the Afrikaner Protestant emigrants’ “motivation is purely spiritual – which is why in many cases we are seeing entire families converting”. The official added that as emigration “from South Africa grows, so does the number of converts among [them]”.

They are said to already number several hundred immigrants. Haaretz added that “like many Orthodox Jews, they also tend to be quite right-wing in their politics. It is no coincidence then, that many have ended up living in West Bank settlements. Indeed, one of their main strongholds – aside from Ra’anana, which is popular among South African immigrants in general, and more recently the rural community of Yavne’el in northern Israel – is the settlement of Susya in the South Hebron Hills.”

These emigrants may well be motivated by spiritual considerations. But there is also a long history of connection between South Africa and Israel, and their shared apartheid and settler history could well create a comfortable environment.

This emigration should be seen in the context of the long history of collusion and collaboration between the two settler colonies. The Afrikaner Jan Smuts, South African prime minister (1919-1924 and 1939-1948) and the only person to sign both the treaty of Versailles and the UN Charter, was a major supporter of Zionist colonisation of Palestine, so much so, that socialist Zionist colonists in Palestine would later name a kibbutz, the major institution of “master race socialism”, after him.

Zionists believed that the Palestinians were not unlike Black African natives, and especially those from the former German colonies, such as Namibia, who Smuts had insisted had no rights to self-determination. Those people were, Smuts said, “barbarians to whom it would be impracticable to apply any ideas of political self-determination in the European sense”. These African settler colonies would function as a model for the Zionists in Palestine.

Smuts had declared: “I need not remind you that the white people of South Africa, and especially the older Duth population, has been brought up almost entirely on Jewish tradition… the Old Testament has been the very matrix of Dutch culture here in South Africa.” The Jewish people, Smuts said, “has had a mission, a civilising mission, in the world, second, perhaps, to none.”

The British cabinet offered Smuts the position of first high commissioner of the Palestine Mandate so that he “would civilise the Arabs as well as the Africans”. He declined on account of his commitment to South Africa, and the British Jewish Zionist Herbert Samuel was appointed instead.

Smuts had also been initially selected by Prime Minister David Lloyd George to lead the 1917 British military expedition to conquer Palestine, but Smuts preferred to serve in the imperial war cabinet. Lloyd George sent his second choice to Palestine, General Edmund Allenby, who had himself served previously in South Africa.

The South African white supremacist model inspired German Zionist Chaim Arlosoroff as early as 1927, when he claimed that the need for the Zionists to overlook the welfare of Palestinian Arab workers was right and necessary and not unlike what was unfolding in South Africa.

White workers in South Africa had created a “colour bar”, which excluded non-whites from skilled and well-paid jobs, something that, according to Arolosoroff, Jewish colonists must implement in Palestine to create a separate settler-colonial enclave. It was this policy of apartheid that the Zionist leadership instituted throughout the British Mandate period and later in Israel.

The British, as the colonial sponsor of settler-colonialism in both South Africa and Palestine, would borrow methods from one settler-colony and apply them to another.

During the Great Palestinian Revolt of 1936-1939, the British torturers brought South African white-trained dogs which they flew to Palestine for the task of tracking the Palestinians, and had them savagely attack Palestinian revolutionaries. The British military and police torture of Palestinians was on such a scale that it would later become the basis for Britain’s even more savage torture of Mau Mau guerrillas in the British settler-colony of Kenya in the 1950s.

Israeli General Ariel Sharon instructed his South African hosts on the best military methods to achieve these objectives. Sharon’s adviser, the journalist Uriel Dan, who accompanied Sharon to South Africa as they joined a South African military unit attacking Angola, described his impressions: “When I look at the South African officers, when they speak Afrikaans or English, and during operations, I imagine that soon they will give orders in Hebrew. Their physical appearance, their freshness, openness, their battlefield behaviour, all remind me of IDF officers. And I never said that about the US and South Vietnamese officers I met.”

Israel’s alliance and friendship with the apartheid South African regime continued until the latter’s final days.

The irony today is that the type of South African who reminded Dan of “IDF officers” have themselves joined the Israeli army. As post-apartheid South Africa is no longer as secure a place for white colonists, Israel joins the United States, Canada and Australia in welcoming white South Africans who moved settler-colonies after the fall of apartheid.

South African racist dogs may no longer be needed in Israel as the Israeli army has its own well-trained anti-Palestinian “Oketz” dogs, imported from the Netherlands (coincidentally the mother country of Afrikaner settler colonialism in South Africa) to attack the Palestinian people.

Apartheid ideas and South African dogs were exported to Palestine during the British occupation of Palestine. Is the continued movement of white South Africans to settler villages in Palestine evidence that this ideological connection continues? Or is it simply a long-standing cultural and spiritual connection which draws newly converted Jews to the relative safety of Israel? 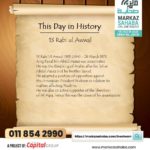