JERUSALEM - DECEMBER 14: The Israeli-run Jerusalem Municipality team along with Israeli soldiers and bulldozers demolish the wall and staircase in the northern part of the Al-Yusufiye Cemetery to make a garden in the area, in Jerusalem on December 14, 2020. Al-Yusufiye Cemetery, located next to the wall surrounding the Old City, is one of the oldest Muslim graveyards in occupied Jerusalem. ( Mostafa Alkharouf - Anadolu Agency )

The Jerusalem Municipality, which is administered by Israel, on Sunday destroyed Muslim graves near the Al-Aqsa mosque in occupied eastern Jerusalem.

Several graves at the Al-Yusufiye Cemetery near the Al-Aqsa mosque were demolished by the municipality’s engineering vehicles in the Old City.

After Palestinians gathered on reports of bones found at the cemetery during the demolition operation, the municipality vehicles left the scene.

The Palestinian Red Crescent Society (PRCS) said the soldiers injured three Palestinians, including one of its medics, after shooting them with concussion grenades.

The incident took place when dozens of Palestinians gathered in and around the graveyard to protest its ongoing desecration, especially after the Israeli bulldozers removed and scattered the bones in one of the graves.

Hajj Mustafa Abu Zahra, the head of the Islamic Cemeteries Committee in Jerusalem, said the soldiers bulldozed sections of the al-Yousifiyya graveyard near the Al-Aqsa Mosque and added that the bulldozers dug into a grave and exposed the skeletal remains of one of the graves.

Abu Zahra added that the Palestinians then managed to remove the Israeli bulldozers, and reburied the bones in the grave.

Ahmed al-Dajani, executive director of the Commission for the Protection of Muslim Graves, told Anadolu Agency that an Israeli court has given the Israeli Archeology Directorate permission to work on a site close to the graveyard.

He said among the graves demolished were those of Muslims who were martyred in the conflicts between 1948 and 1967, and that Israel will face legal action in response to the municipality’s act.

While the region is an indispensable part of the cemetery, the Jerusalem Municipality under Israeli administration has planned to build a park close to Al-Yusufiye Cemetery, he added.

Al-Yusufiye Cemetery, located next to the wall surrounding the Old City, is one of the oldest Muslim graveyards in occupied Jerusalem.

Earlier, the Jerusalem Municipality attempted to demolish a historic staircase that led to the Old City and Al-Aqsa Mosque, but the move was later prevented by the Palestinians.

Both the West Bank and East Jerusalem are considered occupied areas under international law. 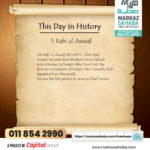 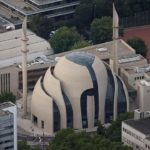