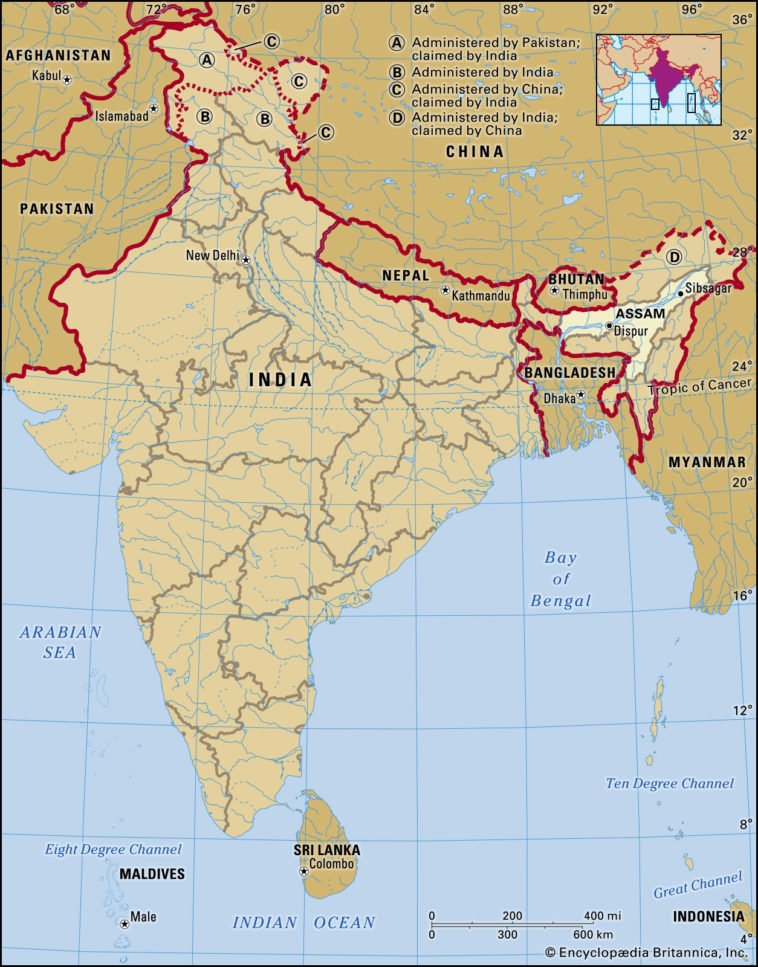 Soon after the Friday prayers on the platform of a razed mosque, Ainuddin struggled to recount the sequence of events of the previous day when his elder brother Mainal Haq was allegedly shot dead by the police in Darrang district of northeastern Indian state of Assam.

“The police shot him in the chest. The photographer thrashed him. They kept thrashing him even after he was dead,” Ainuddin told Al Jazeera. The stomping of his bullet-ridden body by a photographer had gone viral.

Next to him, the rest of the family including Mainal’s wife and his children sobbed in a makeshift shelter of two small tin sheets that they erected by the river on Thursday after their houses were demolished as part of anti-encroachment drive. Up to 1,300 families now have been rendered homeless and living in makeshift tin houses.

His father said Mainal’s dead body was taken away by the police. It was returned the evening of the next day.

Mainal Haq, a 28-year-old farmer was one of the two people killed during a government eviction drive in Dhalpur Part 3 village located on the riverine island of the Brahmaputra river in Darrang district.

Twelve-year-old Sheikh Farid was another victim of police firing on residents protesting against what they called forced displacement. Many of the families have been living there for 40 years. Sheikh was hit by police bullets while he was on his way to fetch his national identity card from the local post office, his family said.

Official records show that 11 others, including eight civilians and three police personnel, are still being treated at the Guwahati Medical College and Hospital, about 70km (43 miles) to the south, after they sustained injuries on Thursday.

Rejia Khatun, a 27-year-old from Dhalpur still has a bullet in her abdomen, according to the medical bulletin released on Sunday.

A viral video of the incident shows Mainal running towards the police with a bamboo pole. The clip shows him shot by the police, clad in a lungi loincloth and a vest. As he collapsed, the police are seen beating him with batons.

A local photographer who was taken by the district administration to document the eviction proceedings stomped on Mainul even as he lay on the ground, barely alive. A policeman was later seen hugging the photographer.

Late on Thursday evening, as the video made its way to social media, sparking outrage over the brutalities, the state police arrested Bijoy Bania, the photographer.

The Assam government led by the Hindu nationalist Bharatiya Janata Party (BJP) announced a judicial inquiry into the incident that has sent shock waves among the civil society.

The state Chief Minister Himanta Biswa Sarma claimed that the villagers had attacked the police first with machetes and sticks, and that the violence was a result of a conspiracy. He also claimed outsiders instigated the villagers.

Sarma, known for his anti-Muslim rhetoric, however, provided no proof for his litany of claims. The police have arrested two locals residents – Asmet Ali and Chand Mamud – from Kira Kara and Dhalpur Part 3 villages after accusing them of involvement in the violence.

The land dispute has its origin in the state government’s decision to free government lands from encroachment. Nearly a month after taking over as the chief minister, Sarma announced that it will use about 25,666 acres (10,386 hectares) of land “freed from encroachers at Gorukhuti, Sipajhar in Darrang for Agri purposes”.

“…squatters would be evicted from all parts of Assam to protect our land and the Assamese identity from encroachers & intruders,” he tweeted in June after visiting a temple in Dhalpur.

Critics have accused Sarma and his BJP party of targeting the state’s Bengali-origin Muslims, who form the bulk of the state’s Muslim population of more than 12 million, calling them “encroachers”, “intruders” and “illegal immigrants”.

The issue of undocumented immigrants from neighbouring Bangladesh has dominated the politics of this northeastern state of 32 million for decades.

But the BJP, some local organisations and even officials now in charge of the exercise have questioned the veracity of the long and arduous process and claimed that many ‘“illegal immigrants” have managed to get their names in the citizens’ register. The process continues to be in limbo because of these reservations.

Bengali-origin Muslims who live in Dhalpur Part 1 and Dhalpur Part 3 villages where eviction was carried out say they have been victimised. Locals say many of these families had moved from other districts like Nagaon, Barpeta and Goalpara in the 1970s and 1980s after they lost their land to erosion.

“Our family moved here from Barpeta in 1982 after our land there was swept away by the Brahmaputra,” said Saddam Hussain, a local activist. “We were earlier in neighbouring Kira Kara village. Two years back we moved to Dhalpur Part 3 after our house was again taken by the river,” he said.

Even as discussions were on with the government and the district administration on resettlement and rehabilitation, the latest round of eviction started on September 20, locals pointed out.

“The locals were served notice only the previous evening and in the morning the administration arrived to evict them,” said Hussain.

‘They had guns, we had nothing’

Chief Minister Sarma was quick to compliment the administration and the police for “evicting 800 households, demolishing four illegal religious structures”.

Local residents say on September 20 authorities asked them to move to a spot next to the river, which is flood-prone and unfit for habitation.

“The depth of the water is 15 feet [4.5 metres] there. How will we stay there with our kids. We will be swept away,” said Kamaruddin, a daily wage worker as he sobbed after the Friday prayers.

Meanwhile, after the first round of evictions, two days later on September 22, the villagers were served another round of notices late in the night.

“The people had slept when the notices arrived. And in the morning, when they had barely woken up, the administration and the police were already there,” said Hussain.

Ainuddin said he and his brothers were already dismantling their tin house when the administration arrived even as the residents had started gathering for a protest meeting.

The situation then turned violent.

“The SP (Superintendent of Police) had made it clear that they will evict us no matter what,” said Ainuddin.

“The people had gathered to protest and to seek more time. After discussion with the officials they left,” said Rafikul Islam, a resident of Dhalpur Part 3. “Yet, the authorities started demolishing the houses,” he said. It is then, according to locals, that the situation took a more volatile turn.

While the police and government claim that they were hugely outnumbered by the mob armed with sticks and machetes who attacked them, the locals said it was the police who opened fire.

“They had guns. We had nothing. How could we fight,” Ainuddin said.

Mainal, he said was first hit in the leg. Ainuddin narrated how some children were caught in the melee. “He then went back with a bamboo stick in his hand to get them. Perhaps he thought that since he is already been shot in the leg, he should take the risk even at the cost of getting killed,” Ainuddin said. “He was then shot in the chest.”

Mainal got “too emotional” in the spur of the moment, Ainuddin said as he clutched a set of documents – Mainal’s village identity card, voters’ card and official identity card. “His name was there in the NRC,” Ainuddin said.

“If people were taking the law in their hand they could have tied them and taken them to the police station. But they started shooting,” he said.

But BJP leaders insist that there was a conspiracy even as they claim that locals had agreed to a settlement. “More than 8,000-10,000 people gathered with sticks and weapons and attacked even after mutual discussions,” said Pabitra Margherita, a spokesman of the Assam BJP.

“They had amicably decided to vacate the place. In discussions between the government and the local people they had agreed that they will be provided with two acres (0.8 hectares) of land for the landless people and other facilities by the government,” he said.

Chief Minister Sarma has reiterated his promise of handing out land to landless people who have been evicted.

Land is a sensitive and complex subject in Assam. Groups who represent natives claim they are being demographically overwhelmed by the Bengali-origin people.

So the eviction drives have a sanction from local pressure groups. Even in Darrang where the current eviction drive happened, some local organisations have been demanding it.

But on the ground, the situation is more complex.

Hussain claimed that their family first bought land from local Assamese when they came in 1982 and then again from a Bengali-origin Muslim when they moved to Dhalpur two years back. But these monetary transactions were ‘’kutcha” (unofficial) and had little legal value.

As official land deeds are scarce, it is common for people to go for these kinds of land transactions.

“There is no doubt that this is government land. Legally, there is no bar on the government to carry out the evictions,” said Santanu Borthakur, a lawyer at the Gauhati High Court who is representing a section of the locals from Dhalpur who have challenged the government’s actions.

But Borthakur explained why the government’s decision to go ahead with eviction is arbitrary. “Across Assam, people have been living for ages on what is called government land. Without a resettlement plan, such evictions should not take place,” he said, adding how a large number of people in Assam did not have title deeds.

In order to formalise land ownership, authorities announced a new policy under which landless Indigenous people have been allotted lands in the past.

As per data till January 20, the total number of pattas (title deeds) and land allotments numbering more than 107,000 were mostly concentrated in Upper Assam districts of Golaghat, Dibrugarh, Tinsukia, Dhemaji, Lakhimpur, Sonitpur and Jorhat. The number stood at zero in South Salmara, a predominantly Muslim district near the Bangladesh border.

“The government is doing politics in the name of Khilonjiya [Indigenous person] even when there is no definition of who is a Khilonjiya,” said Ainuddin Ahmed, an adviser to the All Assam Minority Students Union, an influential pressure group. “The hidden agenda of the government is to target Muslims, the minorities,” he said.

Ahmed claims that the government is claiming that all these people are suspected foreigners without any proof. “All of these people are Indians. They have identity proofs, all documents and their names are in the NRC,” he said.

Abdul Khaleque, a Congress member of parliament from Barpeta, agrees. “These people did not vote for the BJP so the government is now taking revenge,” he said.

“We don’t support encroachment. But in Assam every year several people become landless because of erosion. What has the government done to give them land,” he asks.

Khaleque insists that the government should have first come up with a proper rehabilitation plan before going ahead with evictions. “It will not serve any purpose but will only lead to further encroachment.”

Back in Dhalpur 3, Kamaruddin agrees. “Till when will we keep moving like this?” he asked.

“In one or two years, the government will again come to drive us away. They should give us suitable land where we can live with our families,” he said as he picked up a tin sheet from what remained of his house. 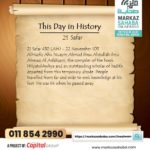 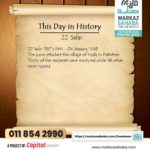