The US House of Representatives voted overwhelmingly on Thursday in favour of legislation to provide $1bn to Israel to replenish its “Iron Dome” missile-defence system, just two days after opposition from progressive lawmakers removed the funding from a major budget bill.

The measure passed by 420 to 9 – eight Democrats voted no and one from a Republican – with two members voting present. The bill will now be sent to the Senate, where leaders have not yet scheduled a vote.

The bill had been put forward after a handful of progressive House Democrats, who have accused Israel of human rights abuses against Palestinians, objected to the provision’s inclusion in the broad spending bill.

The House passed the stopgap spending bill on Tuesday, but the removal of the Iron Dome funding caused strong condemnation from Republicans and in turn House Democratic leaders said they would introduce a separate, standalone bill to provide the funding.

Thursday’s bill was criticised by several progressive groups, including Jewish Voice for Peace Action which said “it is long past time for the US to end the bloated blank check that funds and enables Israel’s human rights abuses”.

Several Democrats also criticised US-Israel policy, saying there should be more concern for human rights issues like Palestinian civilian casualties during Israel’s offensive on Gaza in May.

“We cannot be talking only about Israeli’s need for safety at a time when Palestinians are living under a violent apartheid system,” Congresswoman Rashida Tlaib said on the House floor.

“We should also be talking about Palestinian need for security from Israeli attacks. We must be consistent in our commitment to human life, period,” said Tlaib, who is Palestinian American.

Human Rights Watch has referred to Israeli rights abuses against Palestinians as crimes of apartheid.

Meanwhile, Israeli Prime Minister Naftali Bennett thanked both parties in the House for their support in passing the funding.

“Those who try to challenge this support got a resounding response today,” he said in a statement.

The $1bn in the Iron Dome funding bill is intended to replace missile interceptors Israel used to ward off rockets fired from Gaza during Israel’s offensive on the besieged strip in May, in which Israeli air strikes killed more than 248 Palestinians, including dozens of children, and rockets fired by Hamas and other groups killed 13 people in Israel. 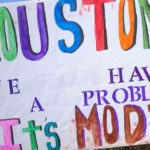