London – Pakistani neuroscientist Aafia Siddiqui is calling for public support after suffering a serious violent assault by an inmate at FMC Carswell in Fort Worth, Texas.

On July 30, 2021, CAGE received disturbing reports from her lawyers that Aafia Siddiqui was attacked in her cell by an inmate who had been harassing her for some time, and who smashed a coffee mug filled with scalding hot liquid into her face.

Shocked by the violent assault and in excruciating pain, Dr Siddiqui curled into a fetal position to protect herself. She was unable to get up after the assault and had to be taken out of the cell in a wheelchair.

Dr. Siddiqui has been placed in administrative solitary confinement for an unspecified period of time.

Dr. Siddiqui – also known as the “grey lady of Bagram” was sentenced to 86 years imprisonment for attempted murder after a controversial trial in 2010, during which she accused witnesses of lying.

Her case has been plagued by inconsistencies, contradictory allegations and evidence gathered from torture, to the point that she has been called “the most wronged woman in the world”.

Her lawyer, Marwa Elbially, has been meeting in person with Dr. Siddiqui since January 2021 after several years of silence from her and the US authorities, during which the public and her family questioned whether she was still alive.

“The fact that I’m not blind is a miracle from Allah.”

“During my last visit with Dr. Siddiqui I was shocked to see visible burns around her eyes, an approximately 3 inch scar near her left eye, a wound on her right cheek covered in toothpaste and a small piece of paper, and bruises on her right arm and legs. Moreover, she was in an orange jumpsuit as she had been placed in the administrative unit.

It is important that we receive reassurance that Dr. Siddiqui is not punished for being a victim of a vicious assault and is safe from future attacks.”

“This is a serious case of injustice. The alleged crimes occurred in Afghanistan, the US had no jurisdiction to begin with.  Aafia is the most wronged woman on the planet.”

“Aafia Siddiqui’s case remains one of the most troubling in the sordid history of the “War on Terror.” As events in Afghanistan – where so much of Aafia’s case began – unfurl with such speed, we need to ask if Pakistani authorities will seek her repatriation while she’s still alive, or only after she’s in a body bag.

“It is time this chapter of Aafia Siddiqui’s life was closed. She needs to go home and be with the children she never saw grow up.” 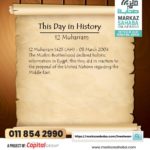