A major aspect of Islam which has diminished to, perhaps, a grain of rice with justifications presented in a subtle form to attract others to Islam. The Taalibaan ideally known as ‘The Mujahideen’ have reignited the Muslim world again with this honourable victory. Their efforts in remaining firm whilst aloof of chicken heartedness from a tenet of Faith crucial in nature for the well-being of Islam worldwide namely, Jihaad

Jihaad linguistically means to exert oneself, but the Jihaad referred to in this text is absolutely specific, that is, fighting in the path of Allah Ta’aa.

Unfortunately the media and modernists aim to paint this divine command of Allah Ta’laa as terrorism whereas if one with even the slightest understanding of its true execution realises that this is far from what is actually promoted. To reject such a tenet of Islam is kufr (disbelief) therefore we need not to be hesitant in its mention.

The fragile argument of being weak in actions cannot serve as an apology note for the silence of Jihaad.

Which brave individuals can claim they are not weak?  Does not Your Creator say?

“And Man has been created weak” (Verse 28: Surah Nisaa)

Acknowledging our weaknesses and thereafter efforts coupled with supplications directed towards continuous improvement is ideally the beginning seed for a lush green future for a believer. To discard, negate and in certain instances to lighten rules, so as to give an impression that it is not applicable in this rapid-fast techno world has no bearing in Islam. It is not befitting to honour such a person with the title ‘Muslim’ who negates this important injunction of Islam.

It has been narrated on the authority of Jabir bin ‘Abdullah (رضي الله عنه) who said:

I heard the Messenger of Allah (ﷺ) say: “A group of people from my Umma will continue to fight In defence of truth and remain triumphant until the Day of judgment.” (Sahih Muslim 1923)

Jihaad is not about drawing a weapon  and murdering innocent souls as was perpetrated in the inhumane incident of March 2020, in New Zealand, wherein a ruthless non-muslim terrorist brutally murdered 51 people at two Masjids. This is a perfect example of terrorism!

Jihaad has conditions to be met and at occasions it becomes compulsory in itself for everyone, the term for this in Islamic jurisprudence is: ‘Fardh-e-Ain’. This becomes compulsory when the enemy decides to attack the muslims first as in the case of Afghanistan but on a general basis it is ‘Fardh-e-Kifaayah’  (a group carrying out Jihaad absolves others from this compulsion).

A Handsome Deal Promised For The Mujahideen

Translation: Surely, Allah has bought their lives and their wealth from the believers, against (a promise) that Paradise shall be for them. They fight in the way of Allah, and kill and are killed – a promise on His part which is true (as made) in the Torah and the Injil and the Qur’an. And who can fulfill his covenant more than Allah? So, rejoice in the deal you have made, and that is the great achievement

The occupation of man is one and that is to be subservient to His Creator and that is shown to us by a mind-blowing model, Hadhrat Imaamuna Muhammed Mustapha ﷺ (May Allah Ta’ala send peace and blessings upon him)  Under the chapter of Jihaad, Imaam Bukhaari R.A placed an exclusive heading on wishing for (the status of) martyrdom emphasizing the fact that when the time arrives a true mu’min(believer) is anxiously desirous of the honour of shahadah(martyrdom)

Al-Hakeem (The All-Wise) in His Book ‘Al-Quraan’ mentions against our limited logic an inconceivable perception  Al-Quran Surah 2 – Al-Baqara – Ayah 154 Translation:

“And do not say of those who are slain in the way of Allah that they are dead. Instead, they are alive, but you perceive not.”

A Desire Of Real Mujaahid 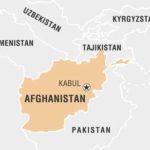 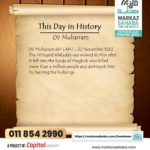