O you who have believed, enter into Islam completely [and perfectly] and do not follow the footsteps of Satan. Indeed, he is to you a clear enemy. (Al-Baqarah: 208)There has been an attempt once again to revive the Muslim Marriages Bill (MMB). There have also been several developments of recent that require clarification.

In the South African context, should all Muslims be willing to conduct their affairs in accordance with Sharī’ah, there is nothing preventing them from doing so. Muslims are driven by their own conscience and fear of accountability before Allāh Ta’ālā. The law will not compel them to act to the contrary.

For example, should a person pass away without a valid Islamic Will, and all the heirs and interested persons agree to distribute the Estate in accordance with the Sharī’ah, there is no law that will compel them to do otherwise.

Similarly, in the event of a husband giving his wife talāq, and she agreeing that in terms of the Sharī’ah she is only entitled to claim maintenance for the period of ‘iddah, then no law or court will compel her to claim more.In the same light, following talāq, should the parties agree that the custody of the children will follow the laws of the Sharī’ah, the law will not compel them to act otherwise.

In the same manner, after talāq, if the husband and wife voluntarily agree that each one shall retain the respective assets that they owned during the marriage, no court or law will compel them to share their individual assets.The True Solution.

Herein lies the real and lasting solution for most of the challenges we face in the context of family law. If the parties are conscious of their Islāmic duty and accountability before Allāh Ta’ālā, then through their own free will and sense of duty, they will carry out what the Sharī’ah requires from them. No state law is needed to compel them to do so. This is the long term and all-encompassing solution.

It must be clearly stated that assuming there was a way possible for the rules of the Sharī’ah to be implemented via the legal system, in a manner that safeguards the Sharī’ah from any interference and misinterpretation, then there can be no doubt that the entire Muslim community would whole-heartedly embrace such an opportunity. However, the truth of the matter is that the Sharī’ah cannot, in our context be implemented or administered as part of state law without adulteration.

Fitting the Laws of Shari’ah into a secular constititution?

The reality is that any rules of the Sharī’ah introduced into legislation will have to be subservient to the secular (irreligious) values contained in the constitution. The South African Constitution is regarded as the highest law of the land, and all laws or conduct inconsistent with the Constitution is considered invalid.

It does not matter what form the proposed Shar’ī regulations take. Whether it be the previous draft of the MMB, or any new legislation, we face the same challenges. Any rule of the Sharī’ah which, from a secular perspective is regarded to be in conflict with the Constitution will ultimately have to be either declared invalid or be modified and “reformed” to bring it in line with the Constitution.

Those promoting this venture are fully aware that the rules of the Sharī’’ah will have to eventually be twisted and transformed in order to suit the Constitution and have reconciled themselves with such an eventuality. They accept that this will eventually happen, and they are nevertheless prepared to go along with such an arrangement. In some instances, they have been abundantly clear that the actual intention of the project is to “reform” the Sharī’ah.

At the previous juncture when the idea of the MMB was being proposed, many senior Ulama recorded their vociferous objection against the MMB. Members of the Muslim public also rallied behind the Ulama and voiced their vigorous opposition.

Am I Being Represented?

An organisation by the name UUCSA has made overtures to the courts and government that it represents the overwhelming majority of the Muslim community of South Africa, and that it supports the MMB or other similar legislation.

We place on record that UUCSA’s claim to represent the Muslim community as a whole, is inaccurate and that a significant portion of both the Ulama fraternity as well as the Muslim public are opposed to the very idea of introducing aspects of Muslim family law into the statute books. The primary concern is and will always be that such a project will result in the mutilation of the Sharī’ah, which is clearly intolerable to any believer.

We make dua to Allāh Ta’ālā that He allows us to practice our Dīn in a manner that is most pleasing to Him and may we never see a day in this country where matters pertaining to our Mubārak Dīn are subjected to secular courts for any interpretation or ruling. 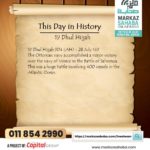 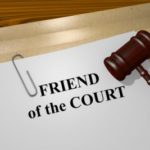