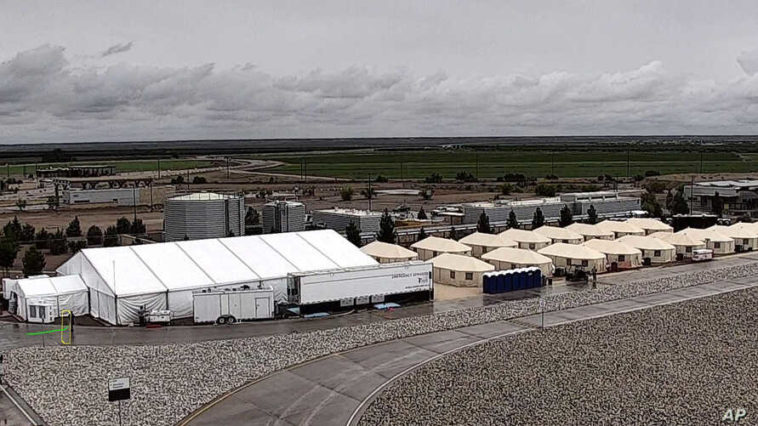 FILE - This undated file photo provided by the Administration for Children and Families, a division of the Department of Health and Human Services, shows the shelter used to house unaccompanied migrant children in Tornillo, Texas. The Trump administration announced in June 2018 that it would open the temporary shelter for up to 360 migrant children in this isolated corner of the Texas desert. Less than six months later, the facility has expanded into a detention camp holding thousands of teenagers _ and it shows every sign of becoming more permanent. (HHS' Administration for Children and Families via AP, File)

At a US border detention centre in the Texan desert, migrant children have been living in alarming conditions – where disease is rampant, food can be dangerous and there are reports of sexual abuse, an investigation by the BBC has found through interviews with staff and children.

In recent months, the US has seen a massive rise in migrants and asylum seekers from Central America. Violence, natural disasters and pandemic-related economic strife are some of the reasons behind the influx, experts say.

Some have also suggested the perception of a more lenient administration under Democrat Joe Biden has contributed to the crisis, though the White House has urged migrants against journeying to the US border.

The tented camp in the Fort Bliss military base in El Paso, Texas, is the temporary home for over 2,000 teenaged children who have crossed the US-Mexico border alone and are now awaiting reunification with family in the US.

Findings from the BBC’s investigation include allegations of sexual abuse, Covid and lice outbreaks, a child waiting hours for medical attention, a lack of clean clothes and hungry children being served undercooked meat.

The BBC has spoken to camp employees about these conditions and seen photos and video smuggled out by staff.https://emp.bbc.com/emp/SMPj/2.43.3/iframe.htmlmedia captionTexas migrant camp “children feel like they’re in prison”

What are the camp conditions?

The Fort Bliss camp consists of at least 12 tents, some of which house hundreds of children at a time. The children spend most of their day in the tents, getting out for an hour or two of recreation, or to line up with hundreds of others for a meal.

Staff told the BBC the food was mostly edible, but a 15-year-old who has now been released said he was fed uncooked meat. “Sometimes the chicken had blood, the meat very red. We couldn’t stand our hunger and we ate it, but we got sick from it.”

A number of tents have also been set up just to accommodate the large numbers of sick children – the children have nicknamed it ‘Covid city’.

“Hundreds of children have tested positive for Covid,” said one employee who asked to remain anonymous because staff are banned from speaking about the camp.

In addition to Covid, outbreaks of the flu and strep throat have also been reported since the camp opened in late March.

And some children in need of urgent medical attention have been neglected.

In a secret recording of a staff meeting in May given to the BBC, an employee told of a child who was coughing up blood and needed urgent medical care.

“They said ‘we are going to send him to lunch’,” the employee reported another staff member as saying. “It was a three and a half hour wait to see anybody.”

The 15-year-old who spoke to the BBC was released last month after 38 days in detention. He said he caught Covid-19 soon after arriving in the camp, and became severely ill. After he recovered, he was sent back to live in a crowded tent and became ill again.

“When we went to ask for medicine they gave us dirty looks, and they always laughed among themselves,” said the boy, who preferred to remain anonymous, of some camp workers.

“Lice has been rampant,” an employee told the BBC. “And one of the major shortages has been lice kits.” Staff said a tent of around 800 girls was locked down last month because of lice.

Photos and video smuggled out of the facility by staff and given to the BBC, show rows of flimsy bunks, set inches from each other, extending in long lines through the vast tents.

“I think the crowding is the number one reason that illnesses have spread,” said an employee.

Wild sandstorms sweep through the Chihuahuan desert where the camp is set.

“The whole tent starts shaking, some of the tents open up and sand rushes in. You literally have to shield your whole body from sand,” said a female employee who also spoke on the condition of anonymity.

“By the end of the day, we are all just covered in dust from head to toe,” she added. Staff told the BBC that showers are on offer, but many children don’t want to take them because they have no clean clothes to change into.

There is a shortage of underwear, other clothing items and shoes in the camp, according to employees.

“It is heartbreaking to hear their stories and to see them very plainly suffering and to hear the same kinds of complaints over and over again about things that could be corrected so easily,” said a staff member.

“After a child has been here for a few days, they say, ‘you’ve got to get me out of here as soon as possible, I just can’t stand it anymore,'” he added. “They feel like they are in a prison.”

What do the authorities say?

The Department of Health and Human Services (HHS), which employs private contractors to help run the camp, says it is committed to transparency, but the BBC was denied access to the camp.

HHS did not respond to the specific allegations of neglect in Fort Bliss uncovered by the BBC, but says in a public statement that it is “providing required standards of care for children such as clean and comfortable sleeping quarters, meals, toiletries, laundry, educational and recreational activities, and access to medical services”.

What are the reports of sexual abuse?

There are reports of staff sexually abusing children at the Fort Bliss camp. At a camp training session, secretly recorded by a staff member and shared with the BBC, an employee voiced concern.

“We have already caught staff with minors inappropriately,” she said.

Another employee told the BBC that the Department of Homeland Security (DHS) had spoken to staff about a rape.

“DHS mentioned there was a rape – they are giving the girls pregnancy tests,” she said. “And I heard the other night that another contractor was caught in a boys’ tent, you know, doing things with him.”

What state are the children in?

Many of the children in Fort Bliss become severely depressed, according to staff, who say there are multiple cases of children self-harming.

“Sometimes, and at night, we would cry. During the worst time I was nearly at the point of committing suicide,” he said.

Staff took risks to speak about and expose the conditions children are being held in at Fort Bliss.

The state of around 12,000 other children in the HHS emergency facilities scattered around the country remains largely unknown.

Why have so many children crossed the border alone?

Over a million migrants have tried to cross into the US this year, according to US Customs and Border Patrol – almost twice as many as last year.

Many adults are deported due to a public health rule put in place in the Trump era. But most children under President Joe Biden have been allowed to stay. These children are mostly coming from Guatemala, Honduras or El Salvador.

Around 80% of the migrant children who end up in the US alone have relatives in the country, but the system is failing to unite them quickly.

Earlier this year, HHS set up a system of emergency camps – Fort Bliss is one – to relieve overcrowding in facilities run by US Customs and Border Patrol.

Currently, children spend an average of 31 days in the HHS camps, down from 40 days at the beginning of the Biden administration in January. 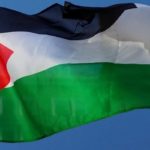 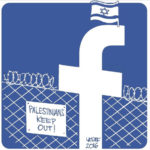