Israeli far-right groups are expected to participate in a so-called “March of the Flags” through the Damascus Gate of occupied East Jerusalem’s Old City and into its Muslim quarter on Tuesday, drawing warnings from Hamas of renewed hostilities should it proceed.

The move came as tensions remain high in occupied East Jerusalem over Israel’s planned forced displacement of Palestinian families from the neighbourhood of Sheikh Jarrah, just north of the Old City.

It also comes as a fragile ceasefire is holding in the besieged Gaza Strip following Israel’s 11-day military bombardment of the enclave, which killed 253 people – including 66 children. At least 13 Israelis were killed by rockets fired by Palestinian armed groups in Gaza during the escalation in violence.

Palestinian factions in the occupied West Bank have called for a “day of rage” against the march. Last month, Israeli crackdowns on protesters at the Al-Aqsa Mosque compound left hundreds of Palestinians wounded.

This is a provocation of our people and an aggression against our Jerusalem and our holy sites,” Palestinian Prime Minister Mohammad Shtayyeh said of the march.

After meeting with Israel’s police chief and other security officials, newly sworn-in Internal Security Minister Omer Barlev approved the march and said police were well prepared, according to a statement carried by the Israeli media.

“[Great] efforts are being undertaken to preserve the delicate fabric of life and public security,” Barlev was quoted as saying.

It was not clear whether participants would be allowed to enter the Old City’s Muslim quarter, on a route that Israeli police had previously barred.

An original march on May 10 was rerouted at the last minute as tensions in Jerusalem had escalated.

Hamas has warned of renewed hostilities if it goes ahead, and the Israeli media reported the military had made preparations for a possible escalation.

The US embassy in Jerusalem has prohibited its personnel and their families from entering the Old City on Tuesday “due to calls for a Jerusalem Flag March and possible counter-demonstrations”.

The march poses an immediate challenge for Bennett’s government, which was approved on Sunday by a 60-59 vote in parliament.

A route change or cancellation of the march could expose the Israeli government to accusations from Netanyahu, now in the opposition, and his right-wing allies of giving Hamas veto power over events in Jerusalem.

Suggesting that a route adjustment could be in store, Yoav Segalovitz, a deputy internal security minister, said past governments had stopped nationalists from visiting Muslim sites in times of tension.

“The main thing is to consider what’s the right thing to do at this time,” he told Israel’s Kan radio.

The formation of Bennett’s alliance of right-wing, centrist, left-wing and Arab parties, with little in common other than a desire to unseat Netanyahu, capped coalition-building efforts after March 23 elections, Israel’s fourth in two years.

Minutes after meeting Bennett, 49, on his first full day in office, Netanyahu repeated a pledge to topple his government.

“It will happen sooner than you think,” Netanyahu, 71, who spent a record 12 straight years in office, said in public remarks to legislators of his right-wing Likud party.

With any discord among its members a potential threat to its stability, Israel’s new government hopes to focus on domestic reforms and the economy and avoid issues such as policy towards the Palestinians. 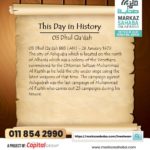 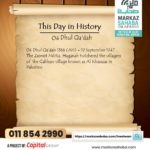