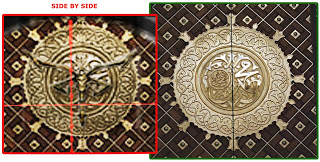 Hello reader, I just recently received a mail from my dad about this topic. Did you ever heard about this? Wake up my brothers and sisters, keep reading and let’s spread the words. Let these games insulting Islam be known, so they can be avoided.

1) Devil May Cry 3
This is a game that most of the teenagers crazy about it. The game has several elements insulting Islam since it show word of God and Kaaba.
One scene in the game portrays the door of Kaaba as the door that connects the two worlds; the world of satan and the real world. The character who open the door is a CGI character who submitted himself to the power of the black magic (an forbidden act in Islam). In order to open the door, the CGI character has to read a verse, more or less, the verse begin like this, “O door which connect the world of darkness…” and the verse was read from a book the character holds. The book appears to be a bible, because in the end of the scene, the character did mention the verse of the 7 deadly sins which could be found in the bible; wrath, sloth, lust, gluttony, and envy.

Isn’t it appear the same?
2) Clive Barker’s UndyingThis game is about a fight against evil. The game shows satan who live in a palace. The palace contains many words “Allah” all written on the wall of the palace. Doesn’t it looks like “who is worshiping Allah is a friend of satan”?

The video below, watch and hear for 0:20 and 0:44, you’ll heard the residents of the island pray and say “Allahu Akbar”, and then imitate the pray.

4) Prince of PersiaThe sword in the game, there is an Arabic Caligraphy on it which says “Convey my teaching to the people even if it were a single sentence” (hadith) and “That He may make your conduct whole and sound and forgive you your sins: He that obeys Allah and His Messenger, has already attained the highest achievement” (Surah Al- Ahzab:71). If we play this game it means that we are supporting what they are trying to convey and perform; so may the message in this article be able to reach the brothers and sisters out there.

5) Counter Strike Condition Zero deleted scenesThe player have to fight and shoot soldiers who are portrayed as muslims. If we notice, during the shooting scenes and when hit, we could hear the soldiers shouting Allahu Akbar and Jihad!

See how the word “Allah” written on the floor and the guitarist just simply step on it. This is very rude or it just accidentally slipped element of humiliation. Wallahualam bissawab.
7) Resident Evil 4This game is based on how dangerous virus and zombie and player attempts a mission to rescue President of America’s daughter, Ashley from a group named Los Illuminados.Los Illuminados means The Illuminated.

Did you ever seen this door somewhere else? Yes, you’ve. This is the door of Al-Masjid Al-Nabawi.

Doesn’t it appear the same? Why this door doing in that game?

Comparison: Door in game vs Door in reality

After put their logo
To the readers, I hope you can spread this post to your family, friends and muslims. As a conclusion, a muslim shouldn’t play a game contains element that insulting any religion in this world, either you are the part of that religion or not. We shouldn’t play a game insulting Islam, Christian, Jews, Buddha, Hindu and any other faiths and beliefs. 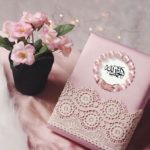