“Block the Boat,” a coalition of American NGOs, unionists and activists, has launched a one-week campaign as of Wednesday, June 2, calling on dockworkers unions around the world to refuse to handle loads of Israeli ships arriving at their ports.

In a statement, Block the Boat said that its pro-Palestine week is aimed at sending a clear message that Israel should pay a heavy price for its continued settler colonization and occupation policies and its persistent violent practices and atrocities against the Palestinian people.

The organizers of this campaign will be working on preventing Israeli-owned vessels and shipping companies from offloading or loading cargos at ports in the United States and other countries around the world. 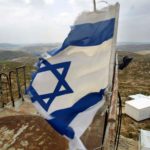