On one side were leaders in Central Europe (Austria, the Czech Republic, Hungary, and Slovenia), who expressed unreserved support for Israel and put all the blame on Hamas. On the other side, the Irish and Belgian foreign ministers condemned the actions of both Israel and Hamas. Others positioned themselves in between, calling for de-escalation or protection of civilians while only condemning Hamas.

The overall tendency among European officials, however, has been to skew the chain of events in this latest escalation. They tend to omit or downplay the series of Israeli provocations in occupied East Jerusalem that preceded the Hamas rockets. These included the threat of eviction of Palestinian families by Israeli settlers and the storming of al-Aqsa Mosque by Israeli forces, which left some 300 Palestinians wounded.

Then, they elevate the rockets into the single truly unjustifiable element.

Finally, they again downplay the Israeli “response” in the form of airstrikes on Gaza – by far the deadliest part of the chain.

No statements clearly address the fundamental issue: the long-term denial of basic rights and freedoms to Palestinians under the decades-long Israeli occupation of the West Bank, the blockade of Gaza, and the ethno-territorial conquest (euphemistically known as “settlement expansion”) in the West Bank, including East Jerusalem.

This oppressive and unjust context makes the cyclical explosions of violence near-inevitable – and it should be addressed first and foremost.

European officials have condemned the indiscriminate Hamas rocket barrages, whose terrifying impact on Israeli civilians goes far beyond the dozen people killed and hundreds injured by them.

But singling Hamas out for condemnation while equivocating about the Israeli strikes – which have already killed more than 200 Palestinians, including some 60 children, and destroyed dozens of civilian buildings in Gaza – requires a highly selective sense of outrage. The deliberate targeting of civilian objects and disproportionate attacks against civilians, carried out wilfully, are war crimes, as are the Hamas rockets.

Selective perceptions are common in all nationalist conflicts, which tend to activate a cognitive bias that makes many people downplay the wrongdoings of their preferred side and magnify the crimes of the other. As such, nothing is surprising about the Israeli Jewish narrative primarily blaming Palestinian rockets, while many Palestinians conversely consider them a justified response to Israel’s overwhelming aggression.

What is distinctive about this case is that a significant part of the western political elite – for reasons including cultural affinity and historical sympathies – lean towards or fully side with the Israeli narrative.

This tendency is particularly visible whenever Hamas comes into the picture. Most European politicians are able to acknowledge concerns about the Israeli occupation, settlements, and the situation in Gaza. But when the rockets start flying, this context is suddenly cast aside, as if a different, more tribal part of the brain has been activated.

Anyone thinking that the European statements are reasonably balanced should imagine how Europe and the US would respond if the situation was reversed: Palestinians occupying, settling, blockading, and bombing Jewish Israeli enclaves, from which Jewish armed groups then fired rockets towards Palestine.

In such a scenario, the West would probably not only condemn the Palestinian oppressors but impose heavy sanctions and discuss no-fly zones.

The double standard is also visible in the notion that Israel has the “right to defend itself”, present in several European communiques. None say whether Palestinians – who have no Iron Dome to protect them – also have the right to defend themselves against Israeli attacks – or any other commensurate right.

The selective European statements are hard to square with assessments of the past rounds of Israel-Hamas fighting by UN investigators, the International Criminal Court (ICC), and NGOs such as Human Rights Watch. These observers generally follow universal and impartial norms of international law and are generally trusted by the European political mainstream. All of these actors have found ample evidence of serious violations, probably amounting to war crimes, by both Israel and Hamas.

EU member states have frequently abstained in votes to launch UN investigations into Gaza violence at the UN Human Rights Council while voting in favour of investigations into other conflicts. Similarly, while the EU collectively supports the ICC as a pillar of the international rule of law, several European states opposed Palestine’s accession to the court and the ICC’s jurisdiction over it. This is not just inconsistent but also contributes to the recurrent violence by giving both Israel and Hamas the impression that they can avoid international accountability.

Traditionally, pro-Israel partisanship has been much stronger in the US than in Europe. But this is becoming less clear-cut.

In the US Congress, there is now a cohort of progressive Democrats, like Bernie Sanders, Ayanna Pressley, and Mark Pocan, who were far more outspoken about Palestinian rights than the supposedly progressive Green candidate for German Chancellor Annalena Baerbock in her uber-cautious tweets.

Even one of the most staunchly pro-Israel Democrats, Senate Foreign Relations Committee Chairman Robert Menendez, issued a rare statement saying that he was “deeply troubled by reports of Israeli military actions that resulted in the death of innocent civilians in Gaza as well as Israeli targeting of buildings housing international media outlets”.

He has thus shown more nuance than his counterpart in the European Parliament, Foreign Affairs Committee, Chairman David McAllister, who co-signed a statement largely comprising pro-Israel mantras and expressing solidarity only “with the people of Israel” – as if the Palestinian people were not equally worthy of solidarity, regardless of who is to blame for the fighting.

On Tuesday, EU foreign ministers met by video to discuss how to end the violence. While High Representative of the EU Josep Borrell called on their behalf for an immediate cessation of violence, the communiques issued by many ministers over the past days sent the opposite signal: giving a licence to Israel to continue the offensive.

If they want to contribute to peace, European governments must end their favouritism and reorient their policies to address the colossal injustices against Palestinians that are driving the cycle of violence. That would send a stronger signal than diplomatic phone calls to Israel and regional actors. 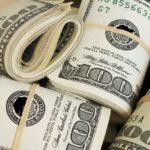 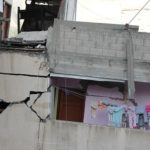