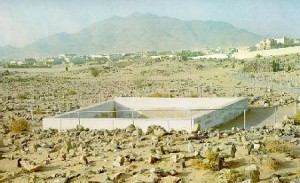 The Messenger of Allah had heard that Abu Sufyan ibn Harb, who was extremely hostile to Islam, was coming from Syria with a large trading caravan belonging to the Quraysh. They were carrying a vast quantity of wealth and merchandise. War had been declared between the Muslims and the idol-worshippers and the Quraysh had been spending their wealth on fighting Islam. Their cavalry would occasionally reach the borders of Madinah and the grazing areas used by the Muslims’ animals.

When the Messenger of Allah heard about this caravan, he sent Muslims to attack it. He did not attach much importance to the confrontation and did not issue a compulsory order to wage war.

When Abu Sufyan heard that the Messenger of Allah was coming towards him he sent to Makkah for help from the Quraysh to protect him from the Muslims. When this plea reached the people of Makkah, they decided that it must be serious. They prepared themselves quickly and departed. All of their nobles, apart from Abu Lahab, went to help and he appointed a man to take his place.

ASSURANCE FROM THE ANSAR:
When the Messenger of Allah heard that the Quraysh had set out from Makkah to stop the Muslims, he consulted his Companions. He was concerned about the Ansar because their original homage included the condition that they only defend him in their home territory. Since he resolved to leave Madinah, he wanted to know where they stood The Muhajirun assured him of their support, but he consulted them a second time, and then a third time. The Ansar fully understood the reason why he was concerned about them. Sa’d ibn Mu’adh replied,

‘It seems that you are alluding to us. Perhaps you fear that the Ansar do not think that they have to help you outside their own territory. I speak for the Ansar and answer for them. Go where you wish, join whom you wish and cut off whom you wish. Take what you wish from our property and give us what you wish. What you take from us is dearer than what you leave. Whatever you command, we will follow it. By Allah, if you were to travel until you reached Bark Ghamdan, we would go with you. By Allah, if you were to cross this sea, we would plunge into it with you.’

Al-Miqdad said, ‘We do not say to you what the people of Musa said to Musa: “Go forth you and your Lord and do battle. We will be waiting here. “(5: 24) We will do battle on your right and on your left and in front of you and behind you.’

When the Messenger of Allah heard this, his face shone with happiness ‘Be Steadiest!’ he said to his Companions.

JIHAD AND MARTYRDOM:
When the Muslims went to Badr, a boy called Umayr ibn Abi Waqqas came out. He was sixteen and afraid that the Prophet would not accept him because he was too young to fight. He tried to avoid being seen but his elder brother, Sa’d ibn Abi Waqqas, asked him what he was up to.

‘I was afraid that the Messenger of Allah would send me back when I wanted to go out. It might be that Allah will grant me martyrdom,’ he answered.

DISPARITY IN NUMBERS:
The Messenger of Allah set off for Badr swiftly with three hundred and thirteen men but only two horses and seventy camels. Two or three men rode on a camel in turns without any distinction being made between a soldier and a general. The Messenger of Allah, Abu Bakr, Umar and the great Companions were among them.

When Abu Sufyan heard that the Muslims had set out to intercept him, he turned his caravan towards the coast. When he saw that they were safe, he sent word to the Quraysh telling them to return as there was now nothing for them to do. The Quraysh wanted to turn back, but Abu Jahl insisted on attacking. The Quraysh army numbered more than a thousand, including all the warriors, leaders and horsemen. Of the fighters the Messenger of Allah said, ‘Makkah has sent you its treasures, dear and beloved ones.’

The Messenger or Allah and his Companions reached the water of Badr first. They arrived at midnight and built cisterns which they filled with water. The Messenger of Allah allowed unbelievers to drink of this water, too.

Allah sent down heavy rain that night. It prevented the idol-worshippers from advancing. It was a mercy for the Muslims, however, as it made the ground smooth and the sand firm. This blessing strengthened their hearts. Allah describes the scene:

‘He sent down water on you from heaven, to purify you thereby and to put away from you the defilement of Satan, and to strengthen your hearts and to confirm your feet.’ (8: 11)

When the idol-worshippers appeared and the two groups confronted one another, the Messenger of Allah said, ‘O Allah, this is the Quraysh who have come with their vanity and their pride. They have come to fight You and deny Your Messenger.’

It was the night of Friday, 17 Ramadan. In the morning, the Quraysh advanced in their squadrons and the two groups took up positions ready for battle.

SUPPLICATION AND ENTREATY:
The Messenger of Allah organised the ranks and returned to his shelter. He and Abu Bakr went inside. The Messenger of Allah prayed. He asked for the help of Allah Whose judgement cannot be turned aside and Whose decree cannot be averted. There is no help but from Allah. He said, ‘O Allah, if You let this group of men die, no one after them will worship You on the earth.’

He called out to his Lord, ‘O Allah, give me the help which You promised me.’

He raised his hands to the sky until the cloak fell from his shoulders. Abu Bakr consoled and comforted him.

A CONFRONTATION:
Then the Messenger of Allah went out to encourage the Muslims to fight. Utbah ibn Rabi’ah and his brother Shaybah and his son al-Walid stepped forward from the Quraysh. When they came forward between the opposing forces, they asked for other people to come forward as was the custom. When three youths of the Ansar went out to them they asked, ‘Who are you?’

‘We are from the Ansar.’

‘We demand our equals. Send some of our own tribe out to us.’

‘Yes, these are our equals in nobility,‘ they said.

Ubaydah, the oldest man chosen, went out against Utbah, Hamzah against Shaybah and ‘Ail against al-Walid ibn Utbah. Hamzah and Ali quickly killed their opponents. Ubaydah and Utbah exchanged blows and each of them floored the other. Hamzah and Ali turned their swords against Utbah and finished him off and carried back Ubaydah, who was wounded. He died a martyr.

WAR BREAKS OUT:
The people crowded together and drew near to one another. The idol-worshippers approached. The Messenger of Allah cried out, ‘Arise for a Paradise as wide as the heavens and the earth!’

Umayr took some dates from his quiver and began to eat. ‘If I live to eat these dates it will be a long life,’ he suddenly said.

So he threw away the dates and ran to the battlefield. He fought the enemy until he was killed. He was the first martyr that day.

The people were steadfast, constantly remembering Allah. The Messenger of Allah fought fiercely. He fought closely with the enemy and none was braver that day. The angels brought down mercy and victory and drove back the idol-worshippers.

BROTHERS COMPETING IN JIHAD:
The young men competed with each other as they raced for martyrdom and happiness. It was a race between friends, comrades and brothers.

Abdur-Rahman ibn Awf said, ‘I was in the ranks on the day of Badr. I turned and there were two young boys one on my right and the other on my left. I was not too happy about their position. One of them said to me, in a quiet voice that His companion could not hear, “Uncle, show me Abu Jahl.” I said, “Nephew, what will you do to him?” He replied, “I have made a covenant with Allah that if I see him, I will kill him or die before him.” The other boy then said the same thing to me, also keeping it from his companion.’ He added,’ I was so happy to be’ between two men like them. I pointed Abu Jahl out to them and they attacked him like two falcons until they struck him down.’

A CLEAR VICTORY:
When the victory of the Muslims and the defeat of the idol-worshippers became clear, the Messenger of Allah said, ‘Allah is greater! Praise belongs to Allah Who was true to His promise, helped His slave and defeated the parties alone.’

Allah certainly spoke the truth when He said: ‘Allah surely helped you at Badr when you were utterly abject. So fear Allah and perhaps you will be thankful.’ (3: 123)

The Messenger of Allah ordered the Quraysh dead to be thrown into a well. Then he stood over it and said, ‘O people of the well! Have you found what Allah promised you to be true? I have certainly found that what my Lord promised me is true.’

Seventy leaders of the unbelievers were killed and another seventy captured on the Day of Badr. Six Muslims of the Quraysh and eight of the Ansar were martyred.

The Messenger of Allah divided the captives among his Companions and told them to treat them well.

He then returned to Madinah confirmed in victory. All his enemies both in the city and in surrounding areas feared him. Many more people of Madinah were encouraged to become Muslims.

In Makkah the idol-worshippers mourned for their slain. Terror entered the hearts of all the Muslims’ enemies.

Among the captives were those who had nothing with which to ransom themselves. The Messenger of Allah allowed them to earn their freedom by teaching the children of the Ansar to write. Each prisoner taught ten Muslims. Zayd ibn Thabit was one of those who learned in this way from the captives of Badr.

The Banu Qaynuqa’ were the first Jews to break the agreement they had made with the Messenger of Allah by insulting him and harming the Muslims. The Messenger of Allah then laid siege to them for fifteen days until they surrendered unconditionally. Their ally, Abdullah ibn Ubayy, the head of the hypocrites, interceded for them and the Messenger of Allah raised the siege at his request. Seven hundred Jewish artisans and merchants were bearing arms on that occasion.
everymuslim.net 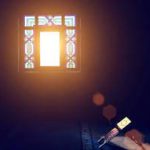