Situated on China’s north-western border, Xinjiang is a large landlocked province home to around 12 million Uyghurs. Since the early 2000s, the governing Chinese Communist Party (CCP) has waged an ‘anti-terrorism’ campaign against the Uyghurs, following repeated attempts to strip them of their language, culture and their religion. Around 2014, then-newly declared President Xi Jinping decided to ramp up this campaign in Xinjiang, telling his officials to “show absolutely no mercy” using the “weapons of…dictatorship” to crush them. Since then, he has turned the region into the world’s largest open-air prison targeting Uyghurs.

For the last couple of years, reports, investigations, witness testament from survivors and satellite imagery have revealed gross human rights abuses taking place in Xinjiang. The list of atrocities is depressingly large; mass incarceration, systematic rape, separation of children from their families, mass sterilisation, desecration of Islamic holy sites and deliberate attempts to destroy Uyghur culture. We have satellite imagery of ‘re-education camps’ being constructed, contracts posted online showing the purchasing of Uyghur forced labour, and the birth rate has dropped by 84% as women are forcibly sterilised.

As the Board of Deputies of British Jews said in a letter to the Prime Minister, “nobody [can] fail to notice the similarities between what is alleged to be happening in the People’s Republic of China today and what happened in Nazi Germany 75 years ago: People being forcibly loaded on to trains; beards of religious men being trimmed; women being sterilised; and the grim spectre of concentration camps”. The situation is so grave that three countries, the United States, Canada and the Netherlands, have declared it as some form of a genocide.

And yet many countries and companies around the world refuse to condemn China over its treatment of the Uyghurs, let alone comment. The silence of some Muslim majority governments on this issue is appalling – worse still is the support some have given China for its actions in Xinjiang.

That’s why, for the last several months, as an MP I have been using every lever possible to try and raise the plight of the Uyghurs in Westminster and get the international community to end the Uyghur nightmare. I campaigned to have an amendment added to the Trade Bill which would stop the UK seeking preferential trade agreements with countries committing genocide. In my role as a member of the Business, Energy and Industrial Strategy Select Committee, I launched an inquiry examining the unacceptable level of Xinjiang Uyghur slave labour tainting UK supply chains, hearing evidence from fashion empires and tech giants. The Government is now considering our recommendation to create a white and blacklist for firms that can and cannot guarantee their supply chains are free from slave labour in Xinjiang.

For leading the campaign against the appalling human rights situation in Xinjiang, I was sanctioned by the Chinese Communist Party. These sanctions were not only an attempt to silence and intimidate me but also an attempt to stifle the free and open debate that is at the heart of our parliamentary democracy. But the sanctions have backfired as the Chinese Communist Party fundamentally misunderstood how western democracies and MPs conduct themselves. Furthermore, the sanctions were no doubt meant to isolate us but have actually done the opposite with growing support for the Uyghur especially from the Prime Minister and Foreign Secretary who have condemned the sanctions.

I have never cowed to bullies and reject the Sanctions and this Thursday, I will be leading a debate with a motion on the Uyghur and Xinjiang which could see Parliament finally have the chance to interrogate the evidence, discuss the consequences, and choose to declare that genocide is occurring. What can we do to help now though? Here, I cannot recommend the Uyghur Appeal enough, run by a charity I have partnered with, which is providing food and security for Uyghur families that have fled Xinjiang. 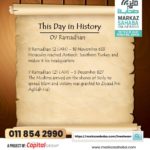