Democratic South Africa’s commitment to human rights has never been solely inward-looking. Its constitutional order was crafted with a deep awareness of the South African apartheid state’s complicity in human rights violations in other countries, as well as a recognition that the crime of apartheid itself was enabled and supported by the regime’s corporate and state allies around the world. In this context, Democratic South Africa committed itself to fulfilling the human rights of people in the country, while also “championing the values of human rights [and] democracy” around the world. Yet, faced with the world’s worst contemporary humanitarian crisis in Yemen, the South African state has abandoned this commitment to human rights in exchange for the chance to profit from weapons deals. In so doing, it has become complicit in war crimes in Yemen.

Since 2015, Yemen has been the epicentre of a complex and regionalised civil war. Thousands of combatants have been killed and, according to United Nations reports, civilians have also been deliberately targeted in the brutal conflict, in violation of international law. The aerial and ground bombing of vital infrastructure, as well as endless blockades of goods and aid, has resulted in up to 16 million Yemenis having inadequate access to food and up to 18 million having no access to safe water. This suffering is now being exacerbated by the COVID-19 pandemic.
While all parties to the conflict are implicated in numerous violations of international humanitarian law, the evidence suggests that Saudi Arabia and the United Arab Emirates have repeatedly targeted civilians with both air and ground attacks. The UN has also expressed concern that the Saudi Arabia-led coalition is using starvation as a tactic in the war, in violation of international law.

Corporations cash in on the war

The United Nations Group of Eminent Experts on Yemen and Amnesty International have identified many of these South African weapons in Yemen. These include drones, surveillance equipment, armoured vehicles, and most notoriously, 120mm mortar bombs, whose remnants were discovered at the site of an attack on civilians in the Yemeni city of Hodeidah. Two independent investigations, one of them by the UN experts group on Yemen, found it most likely that these mortars were manufactured by South African arms firm Rheinmetall Denel Munitions (RDM). RDM is a joint venture between German arms company Rheinmetall Waffe Munition GmbH (which holds a 51 percent stake) and South African state-owned arms company Denel (with 49 percent). RDM not only sells weapons to Saudi Arabia and the UAE, but has also established a munitions factory in Saudi Arabia in 2016. The factory specialises in, among other things, the production of 120mm mortar bombs.

All of this has occurred in apparent contravention of South Africa’s legal requirement to prohibit exports to countries that may use them to commit human rights violations or exacerbate conflicts. All indications are that South Africa’s arms trade regulator, the National Conventional Arms Control Committee (NCACC), continues to approve permits to export weapons to Saudi Arabia and the UAE, despite the extensive public evidence of war crimes committed by those states.

In poor company
South Africa is one of the numerous states profiting from the conflict in Yemen. In this, it finds itself in the same camp as powerful countries that have long foregone any genuine commitment to human rights in favour of a powerful military industrial complex. Embarrassingly, South Africa now risks falling behind even these states in ending the supply of weapons to this conflict.
The United States and the United Kingdom have been comfortably the largest suppliers of weapons to the conflict in Yemen. Between 2015 and 2018, the US topped the list – delivering about $10bn and $3bn worth of weapons to Saudi Arabia and the UAE, respectively. These deliveries constitute only about 10 percent of the weapon offers made to Saudi Arabia and the UAE during this period. In May 2019, the Trump administration vetoed three bipartisan bills that would have blocked the sale of US arms to Saudi Arabia. Invoking a provision of American arms control laws that is hardly ever used, it bypassed Congress and authorised “billions of dollars in weapons sales to Middle East allies”.

The UK, for its part, has nearly single-handedly kept the Saudi Air Force in the air and able to carry out a relentless six-year aerial bombing campaign that has included more than 22,000 individual air attacks. British company BAE Systems alone received 15 billion pounds ($20.5bn) in revenue from Saudi Arabia between 2015 and 2019.
Despite this, there are efforts in both countries to limit

or end this supply, precisely because of the overwhelming evidence of war crimes and humanitarian disaster in Yemen. In January 2021, the US imposed a temporary freeze on the sale of US weapons to Saudi Arabia and is inspecting UAE purchases as it reviews “billions of dollars in weapons transactions approved by former President Donald Trump”.
This is a welcome development, though it is unlikely to lead to a permanent ban at this stage. In the UK, upholding an application by the CAAT (Campaign Against Arms Trade), the Supreme Court set aside export permits for weapons to Saudi Arabia in June 2019, citing the failure to take into account the evidence of war crimes in Yemen. While the temporary freeze on exports was short-lived, the matter is again before the UK courts.

Sadly, when Open Secrets asked the NCACC whether it had taken evidence of war crimes in Yemen into account, or the presence of South African weapons in Yemen, it only said these issues had not been brought to it through formal channels. It thus currently continues to approve export permits.

Is South Africa also a backdoor for weapons to Yemen?
Germany, another top supplier of weapons to the conflict in Yemen, was among the first to put a ban in place. In March 2018, a new coalition government in Germany imposed a ban on the export of any weapons from Germany to Saudi Arabia and other countries “directly involved” in the Yemen civil war. The ban has been strengthened and extended several times since and remains in effect.
Despite the ban, Rheinmetall subsidiaries around the world including RDM in South Africa, have continued to supply weapons to Saudi Arabia. Activists have raised concerns that this is part of a pattern of “offshoring”, whereby Rheinmetall and other European arms companies use subsidiaries in other parts of the world to sidestep domestic bans. By 2019, Rheinmetall had direct or indirect holdings in a staggering 156 companies and offices or production facilities in 129 locations across 32 countries. This places Rheinmetall in a prime position to do precisely this.
In addition to the 120mm mortar remnants found at the site of an attack in Hodeidah, that have been identified as likely produced by South Africa’s RDM, Rheinmetall’s Italian subsidiary has also been implicated in supplying weapons used in civilian attacks in Yemen. Remnants of bombs used in an air attack by the Saudi-UAE coalition on Deir al-Hajari in northwest Yemen in 2016 were identified as being manufactured by RWM Italia – a Rheinmetall subsidiary in Italy. That attack killed a family of six, including a pregnant woman and her four young children.

The year 2021 brought the welcome news that Italy had followed the US and halted arms exports to the UAE and Saudi Arabia. The Italian ban on weapons exports to Saudi Arabia and the UAE has been termed a “historic” decision by campaign groups, as it is not a suspension but rather a permanent and complete block on the sale of weapons to the Gulf countries. According to Amnesty International, the cancelling of this licence alone would stop the supply of more than 12,700 bombs to the UAE and Saudi Arabia.

Time to end South Africa’s complicity in the war in Yemen
The Italian ban and others like it make South Africa’s next move even more important. With countries around the world finally starting to take the necessary steps to slow or halt the export of weapons to countries that are using them in Yemen, South Africa has a choice to make. Will it continue to ignore the evidence of war crimes and attacks on civilians in Yemen? If it chooses to do so, companies like Rheinmetall will continue to use South Africa for exports despite domestic restrictions on sales to countries with dubious human rights records.
Instead, South Africa should choose to recommit to a human rights-based approach to foreign policy and acknowledge its domestic and international legal obligations and stop the flow of weapons to Yemen’s conflict with immediate effect. For the suffering in Yemen to end, corporations in South Africa too must stop profiteering from this unjust war.
The views expressed in this article are the authors’ own and do not necessarily reflect Al Jazeera’s editorial stance. 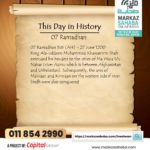