A call to the Ulama and Public of South Africa

As country after country begin to toe the line in the gradual attempt to corrode the roles that are set by Allah and to indoctrinate the masses to accept the creed of modernism, LGBT and feminism, the trajectory that is being noticed is that influential scholars are being recruited to further these agendas under the banner and pretext of “tolerance “, “unity” and the false pretext of giving in to government pressure in order to protect Muslim interests.

These calls, however, are mere justifications and do not hold true as a Muslim’s life is meant to be sacrificed for ISLAM and not the other way around, as well as the fact that these tactics only serve to delay the inevitable as the disbelievers shall never be pleased till Islam is wiped out in its entirety.

Other Islamic organizations and Iftas had been asked regarding these issues and where quick to respond.
It is unfortunate that despite Jamiatul Ulama South Africa, MJC and UUCSA being asked on numerous occasions they have maintained silence and we are therefore forced to take this matter of AQEEDAH (ISLAMIC BELEIFS) up publicly.

With this in mind and with the hope of securing the progenies to come we have to ask our Islamic organizations questions so as to gauge their stance on these issues.

Since they claim to represent the Muslims of South Africa and state they wish to protect Aqeeda (refer to picture of their statement in the petition), it is hoped they would heed the call from the Muslims and answer the following:

1. What is your organization’s stance on feminism and its conceptual ideologies as well as equal gender roles or gender equality ?

3. What is your stance on the free mixing of sexes?

5. What is your stance on the Ghulenists and the book FETO and the beliefs contained therein?

6. What is your stance on Isna Ashari Shias (Twelve Imaam Shias) and can Muslims be friends with Shias?

Since these issues are non ikhtilaafi (no diffrence of opinion) and has been an issue of unanimity amongst the Ulama of the Ahlus Sunnah and the claim of Jamiatul Ulama is that they have gone on TV in order to protect the AQEEDAH of the masses(please refer to a picture of their statement in this regard, which is the picture of this petition)as well as the claim to represent the Muslims of South Africa, it shouldn’t be a problem to answer these.

Do you wish to know the stance of these organizations on these issues?
If so take out time to sign and forward this petition!
http://chng.it/BvXGSsD9nX

You may contact Abdus Sathaar Syed on 061 756 5356 for more information or email panel@qalamulhaq.co.za 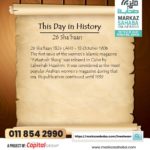 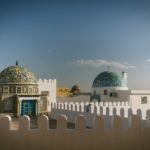