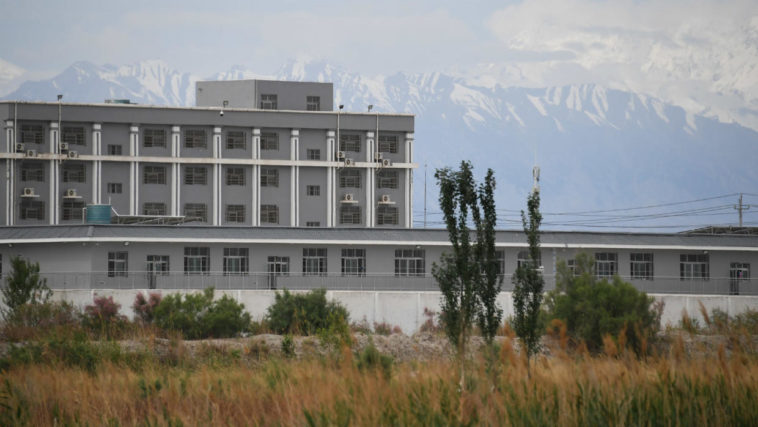 The United States, Canada and the United Kingdom joined the European Union on Monday to take what they described as “coordinated action” against China to send “a clear message about the human rights violations and abuses in Xinjiang”, prompting anger in Beijing and immediate retaliation.

Washington, which had sanctioned two of those officials in July 2020, added the other two to the list on Monday.

“Acting together sends the clearest possible signal that the international community is united in its condemnation of China’s human rights violations in Xinjiang and the need for Beijing to end its discriminatory and oppressive practices in the region,” the UK’s foreign ministry said.

US Secretary of State Antony Blinken said China “continues to commit genocide and crimes against humanity in Xinjiang” and called on Beijing to “bring an end to the repression of Uighurs”.

The United Nations has said more than one million Uighurs and other mostly Muslim Turkic-speaking residents of the northwestern region have been held in a network of camps that China has called vocational skills training centres in recent years.

Rights groups said they have also been subjected to other abuses including restrictions on freedom of religion including being forced to eat pork.

On Tuesday, the foreign ministers of Australia and New Zealand said they welcomed the sanctions.

The sanctions agreed on Monday mark the EU’s first punitive measures on Beijing since it imposed an arms embargo after the 1989 Tiananmen Square massacre.

The four individuals will have their assets in the bloc frozen and be banned from travelling within the EU’s borders. European citizens and companies are not permitted to provide them with financial assistance.

The four are senior officials in the northwest region of Xinjiang, where at least one million Uighurs have been detained in internment camps, according to the United Nations.

In an apparent tit-for-tat move, China said shortly afterwards that it had decided to impose sanctions on 10 people from the EU, including German politician Reinhard Butikofer who is chair of the European Parliament’s delegation for relations with China, and academic Adrian Zenz who has done extensive research on China’s policies in Xinjiang.

China also moved against four entities including Germany’s Mercator Institute for China Studies, which it accuses of seriously harming the country’s sovereignty and interests over Xinjiang.

The country’s foreign ministry issued a statement urging the EU to reverse course on the bloc’s sanctions and correct its “serious mistake”, warning Brussels not to interfere in its internal affairs.

On Tuesday, China also summoned the EU ambassador, Nicolas Chapuis, to lodge a “solemn protest” and demand the bloc “correct” its error to prevent further damage to relations.

“The so-called sanctions based on lies are not acceptable,” Wang Yi, foreign minister and state councillor, said separately during a joint briefing with visiting Russian Foreign Minister Sergey Lavrov.

Butikofer told the AFP news agency that China’s response was “brazen and ridiculous”.

“As the Chinese proverb says: The stone they have lifted will fall on their own feet,” he said.

Al Jazeera’s Katrina Yu, reporting from Beijing, said the EU sanctions, as well as China’s furious response, was likely to have “huge ramifications” for relations between Europe and China.

“China overtook the US as the EU’s largest trading partner last year and it’s also in the middle of finalising a comprehensive investment and trade agreement – one that was hard won and discussed over many years – and this really does throw that into question,” she said.

China at first denied the existence of the camps for detaining Uighurs, a mostly Muslim minority, in Xinjiang but has since described them as vocational skills training centres to reeducate those exposed to radical thinking.

Critics have said inmates at the network of facilities have been subjected to arbitrary detentions, forced labour, torture and forced sterilisations, among human rights violations.

Beijing insists its “security crackdown” in the region has quelled anti-government violence.

The UK said the sanctions on Chinese officials were a measure of the “industrial-scale abuses” against the Uighur minority.

UK Foreign Secretary Dominic Raab told Parliament that the travel bans and asset freezes against Communist Party officials in the region showed the international community would “not turn a blind eye” to the alleged abuses.

“However, the White House is saying that these sanctions are not necessarily a reaction to those talks in Alaska,” Elizondo said.

He said the coordinated sanctions send a message to Beijing that Joe Biden’s administration will be taking a more multilateral approach to diplomacy than former President Donald Trump.

“This is also significant because it’s the first actions taken by the US under the new Biden administration. However, with that said, these sanctions are a little bit symbolic.”

The EU action was part of a series of measures directed against alleged human right abusers across the world.

Myanmar army chief Min Aung Hlaing was among 11 officials subjected to an assets freeze and visa ban in the wake of the coup and subsequent crackdown on demonstrators in the country, the bloc’s official journal said.

Min Aung Hlaing led the coup against the elected government of Aung San Suu Kyi on February 1 and is accused of undermining democracy and the rule of law in Myanmar.

The EU said that the army chief was “directly responsible” for the brutal crackdown against anti-coup protesters.

The listings represent the EU’s first punitive measures for the coup, and campaigners said that while the move – however belated – was welcome, there needed to be action against the military’s sprawling business empire.

“While Global Witness welcomes the EU’s commitment to ensuring that its response to the coup does not have an adverse effect on the general population, failing to sanction the military’s businesses will have the opposite effect,” Paul Donowitz, Myanmar campaign leader at Global Witness said in a statement.

“The military’s businesses fund human rights abuses against the same civilians the EU claims to want to protect. The EU needs to target the economic interests of the military by imposing sanctions on all the companies that generate revenue for and provide support to the military,” added Donowitz.

In other measures, the bloc also rolled out sanctions for alleged repression in North Korea, as well as “extrajudicial killings and enforced disappearances in Libya, torture and repression against LGBTI people and political opponents in Chechnya in Russia, and torture, extrajudicial, summary or arbitrary executions and killings in South Sudan and Eritrea”, an official statement said.

The moves came as part of the EU’s new sanction system aimed at punishing human rights abuses by targeting people regardless of their nationality or their location.

The system is similar to the Magnitsky Act – legislation passed by former US President Barack Obama that authorises Washington to sanction those it sees as human rights offenders, freeze their assets and ban them from entering the country.

The new human rights regime follows the establishment of two similar EU mechanisms – targeting the use of chemical weapons and attacks on computer networks – launched in the past few years. 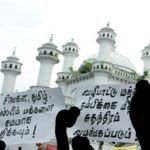 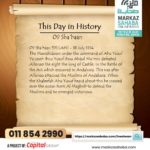